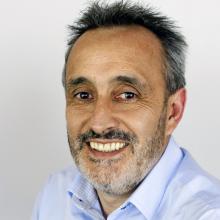 Nick Donnelly
Using more of the Otago Regional Council’s reserves was a prudent way to offset rates rises, councillors said as they settled on a 0% general rates rise for next year.

The council was originally considering a 9.1% rates increase but at the council's finance committee meeting in Dunedin yesterday the decision was made to take an extra $1million from general reserves instead.

That would mean a total of $5million taken from its reserves to offset rates rises and meet its 2020-21 budget.

The decision was a response to the Covid-19 crisis and recognised the hardship caused by that.

The issue of how to replenish the council’s reserves will be discussed next week.

The council spent four hours discussing what to put in and take out of the budget.

The most significant decisions were around the Wakatipu water ferry trial and extra money for civil defence staff in Queenstown.

Councillors agreed to include the ferry trial in the revised budget, meaning it could go ahead in the 2020-21 year, but it would be ‘‘subject to Queenstown Lakes District Council and NZ Transport Agency funding’’.

Some councillors expressed concerns about the trial going ahead, including Cr Bryan Scott, who said it could be setting the service up to fail in the absence of tourists, who made up about 70% of its users.

Cr Alexa Forbes said where the risks were the ‘‘biggest’’ so were the possible gains, and it had been what the community wanted.

The ORC would also bump up the QLDC’s current 1.5 full-time equivalent emergency staff by about 0.5.

There were no other significant changes to the previously proposed budget but the council intended to consider activity and funding relating to Covid-19 separately from the annual plan throughout the 2020-21 year.

Corporate services general manager Nick Donnelly said staff believed most of the issues raised by the public in consultation on the annual plan were already covered.

While there will be zero increase in the general rate, which largely affects urban property owners, the total increase will be 1.6%, down from a proposed 5.5%

Some areas will have a higher targeted rate, depending on projects and work proposed for those areas.

The budget would receive dividends of $10.1million.

Cr Gretchen Robertson said a rates freeze was the right way to go.

‘‘I think it is prudent that we give zero rates increase.’’

Cr Kevin Malcolm said the council had used the reserves correctly and used every option to get the best rate result possible.

Some councillors expressed concerns that a zero increase, on top of a Covid-19 response, could mean the following year’s rates rise being compounded.

Mr Donnelly said many factors made it difficult to determine whether that would happen.

What the council would contribute to Covid-19 proposals was not yet known, given central government funding was potentially on offer.

‘‘If there was a large portion of work that had an ongoing need for funding, and if we had to fund it, then yes, that is all compounding on to the future requirement that we are already adding on to this annual plan through the use of general reserves.’’

Chief executive Sarah Gardner said staff savings could be achieved by a decrease in travel expenses and more staff working from home.

Staff have not yet produced what the exact rates will be for each district.

The council will adopt its final annual plan at its meeting on June 24. 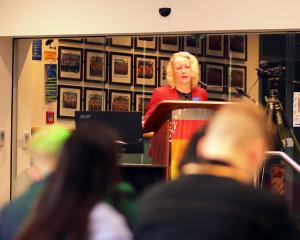 I'd wager Aaron was turned by 'higher beings'..........one in particular, the 'advice' would have been quite convincing.

At least ORC has showed on this occassion they are well aware of the situation facing many people in the community.