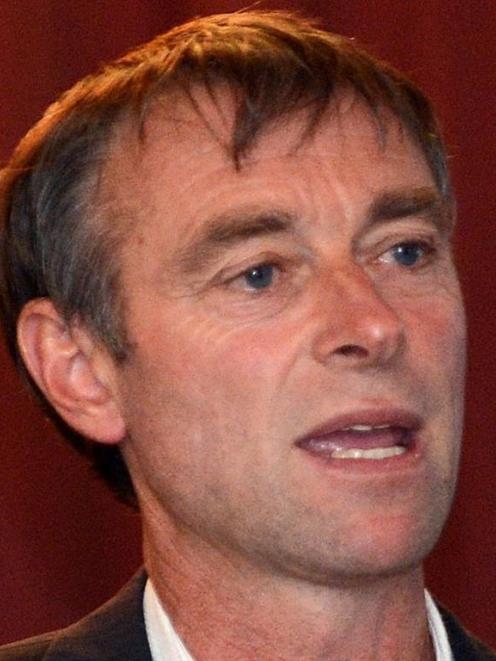 Stephen Woodhead
Otago regional councillors yesterday recommended that the council move out of its headquarters within three years and into new premises, or perhaps a remodelled heritage building.

Chairman Stephen Woodhead told the finance and corporate committee the council's Stafford St, Dunedin, premises were not ‘‘fit for purpose''.‘‘I support the recommendations. Let's get on with it,'' Mr Woodhead said.

Delays in finalising new or redeveloped premises for the council head office had been ‘‘going on for years'' and were now ‘‘actually embarrassing''.

New premises would have ‘‘minor, if any, impact on the rates'', he said.

Council officials noted that a building fund had already been set aside, which by mid-next year would amount to about $12million.

Selling the council's complex in Stafford St would provide further funding towards the cost of new or redeveloped premises, he said.

Several councillors referred, sometimes partly in jest, to a potential public backlash, or the potential for misinterpretation of moves, backed by councillors yesterday, to seek new headquarters.

And they also referred to an unrelated proposal to raise the general rate for the 2016-17 year by 18.4%.

Mr Woodhead said the proposed rate rise also had to be seen in context, given that the council had the lowest regional council general rates in the South Island, that the general rate provided only 13% of the council's projected 2016-17 income.

Asked about a possible political backlash, Mr Woodhead said that when people were elected as councillors they had a duty to act in the community interest, and not simply to defer doing things that were needed, because they could be misunderstood.

Cr Louise Croot said she was concerned about the cold conditions faced by staff in parts of the Stafford St headquarters in winter, and noted that some resorted to bringing in heaters.

Council chief executive Peter Bodeker said council staff had reported the public found aspects of the current premises difficult. Public parking was difficult and inadequate, and visitors could face ‘‘dangerous'' conditions if they attempted to back out, he said.

Council members yesterday considered a report titled ‘‘ ORC Head Office Accommodation'' and recommended that the council confirm that its long-term accommodation needs ‘‘would not be met by its existing premises''.

The report noted that an earlier review had shown a space need of about 2800sqm, plus parking, in one or potentially two levels.

The benefits of open plan offices had also been indicated.

They also approved recommendations that the council include in its 2016-17 draft annual plan funding to allow for ‘‘planning, design and necessary statutory approvals for new or refurbished premises''.

Staff would continue to work with Chalmers Properties Ltd, a council subsidiary which specialises in property management, in order to‘‘identify opportunities for potential reuse of existing buildings, including options for heritage building reuse''.

●The recommendations will be formally considered by the full council at a meeting on March 23 and will then be subject to full public consultation, including hearings in May.