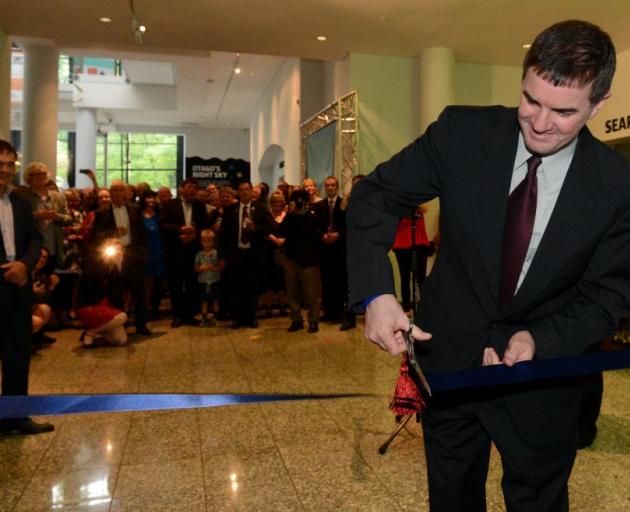 Col Walheim, a veteran of three space shuttle missions, including the shuttle's final flight in 2011, told those at the opening of being inspired as a youngster watching aircraft flying high over his small Californian home town.

His subsequent experiences, travelling in Earth's orbit, 250 miles up and 25 times the speed of sound, had shown him the environmental fragility of the Earth and its thin ribbon of atmosphere, and the need to solve the Earth's problems through co-operation and collaboration, he said.

Adding a lively note to proceedings was a song, appropriately titled Aurora Corona, performed by The Chills singer-songwriter Martin Phillipps.

Science and Innovation Minister Steven Joyce addressed the gathering, highlighting the need to inspire young people to pursue an interest in science and technology, and praised the museum's innovative role.

Otago Museum Trust Board chairman Graham Crombie told more than 200 invited guests, including Dunedin Mayor Dave Cull and Otago Regional Council chairman Stephen Woodhead, that the launch function marked not only the opening of the planetarium, but also of the nearby Beautiful Science Gallery, with its innovative laser interactive technology.

Mr Crombie said earlier dreams were becoming reality at the museum, which the latest developments showed was a ''fantastic place''.

The gallery features 12 large screens, and current and historical images, many of them provided by the Otago Daily Times.

• Col Walheim would give a paid-entry illustrated talk at the University of Otago's College of Education Auditorium in Union St at 5pm on Sunday.