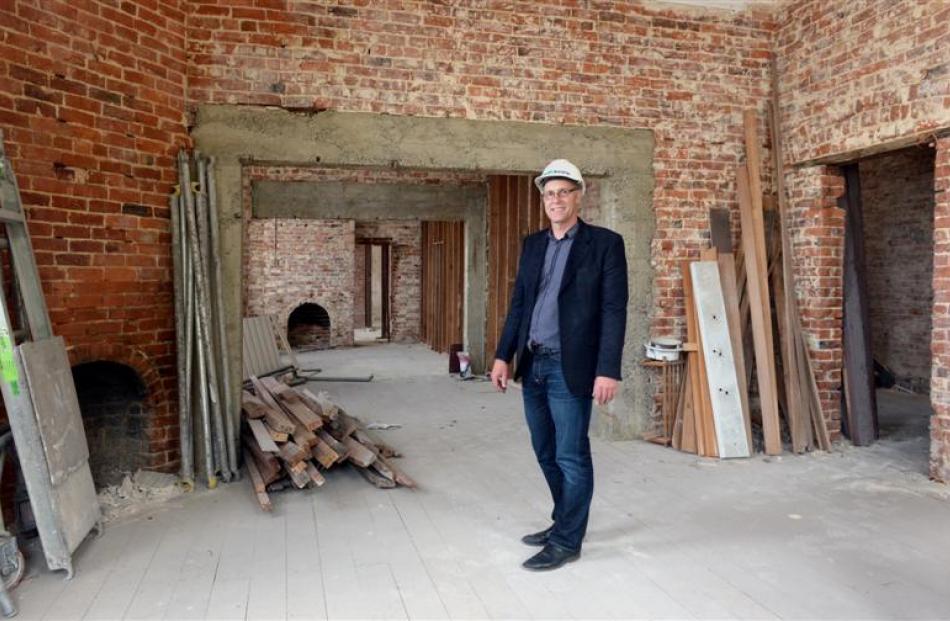 Heritage building owner Stephen MacKnight stands inside Dunedin's Gresham Hotel, which is being cleared of rubbish before a planned $1.5 million redevelopment. Photos by Gerard O'Brien. 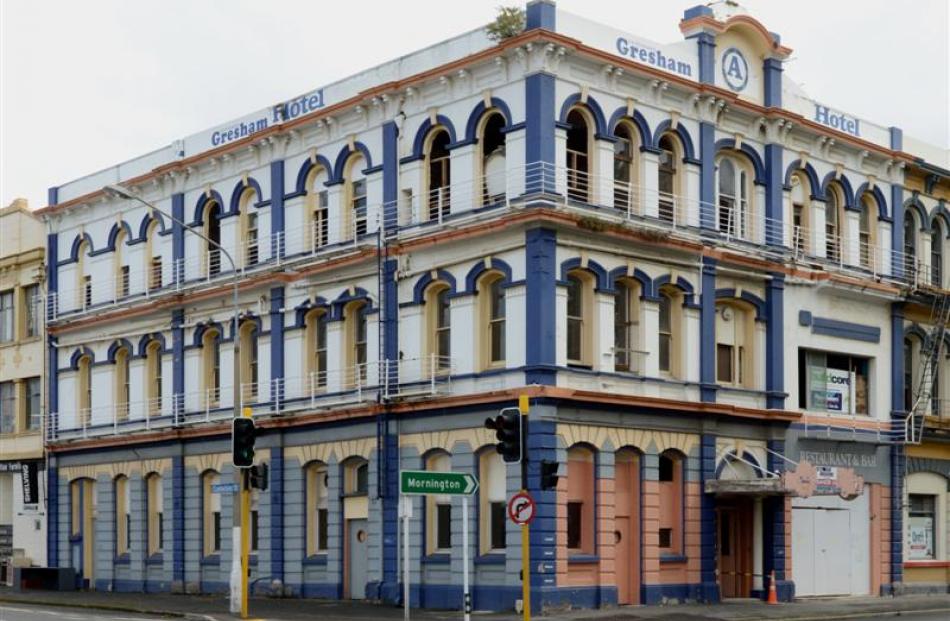 The Gresham Hotel, beside Queens Gardens. while there's plenty to do, it's as you would expect and not any worse.

Dunedin's dilapidated Gresham Hotel is coming back to life as work to prepare the building for a $1.5 million redevelopment gathers pace.

The building, formerly the Terminus Hotel, built in the 1880s, has been bought by heritage building owner Stephen MacKnight.

Mr MacKnight, contacted yesterday, confirmed he was planning to earthquake-strengthen and redevelop the building, overlooking Queens Gardens, to make the most of its prominent location.

That could see a mixed retail, commercial and apartment development, costing in the ''ballpark'' area of $1.5 million, although exact plans were yet to be confirmed, he said.

Work to clear ''rubbish and what-not'' from the building had begun before Christmas and was due to be largely finished by the end of the month, he said.

That would give Mr MacKnight a better view of the building's space and what could fit inside, allowing more detailed plans to be drawn up and consents sought, he said.

Work was expected to be well under way this year and completed next year, he said.

The ground floor would be ''some sort of retail'' - possibly a cafe or bar - to make the most of the location and the area's growing tourist potential, he said.

''It would be nice to have something that recognised that a wee bit.''

Upstairs could be a mix of commercial space and apartments, or alternatively given over completely to apartments, he said.

''I'm just looking at those options and seeing how open plan I can make it.

''But it's sort of a matter of horse and cart, really. I want to get it cleaned out, and to a stage it can be presented a wee bit, and then see who might be interested and who's around.''

The building was most recently owned by Peter Laing, owner of the nearby Leviathan Hotel, who sold it to Mr MacKnight late last year.

Despite its appearance, Mr MacKnight said the Gresham's condition was no worse than other old buildings in the city.

''Really, with what you need to do to an old building, in terms of strengthening and upgrading .. you pretty much have to gut it back to the bones, and mostly the bones are pretty good.

''It had been occupied for most of its life, so generally there's not too much in the way of rot or damage ... while there's plenty to do, it's as you would expect and not any worse.''

Mr MacKnight's purchase of the old hotel added to a growing portfolio of heritage building interests which includes Consultancy House, Queens Gardens Court - home of the Duke of Wellington pub - and the Bing Harris, NMA and Donald Reid buildings.

It also added to the momentum of the regeneration of the Warehouse precinct and, more recently, a cluster of redevelopment projects in Princes St.

Mr MacKnight said it showed old buildings could be put to new uses, ''and economically so'', helping fuel further projects.

''Once you get the cafes and once you get the accommodation and you get people needing various things and having communities and so on, it certainly just builds on itself.

''It's suddenly not just an isolated development, but it's the whole area, and it certainly starts to feel like it's really happening.''