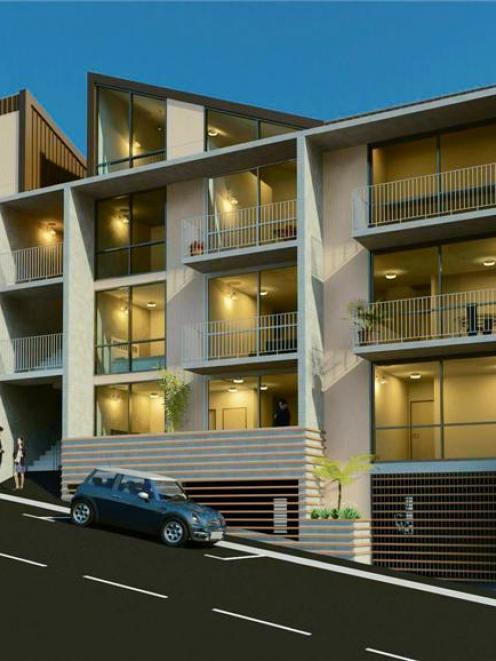 "We think it is timely in terms of market demand. And we think we are likely to get a very competitive construction price because of the lack of activity happening in the construction market," long-time property developer Neil Lyons said.

He and architect Michael Ovens yesterday announced plans for 23 apartments in Filleul St, between Hanover and London Sts. 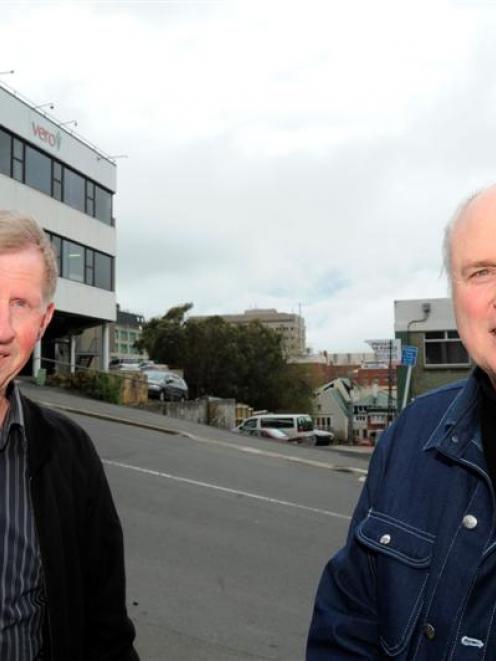 Dunedin property developer Neil Lyons (left) and Dunedin architect Michael Ovens, who have announced plans for an $8 million, 23-apartment complex in Filleul St. Photo by Gregor Richardson.
The 600sq m site has the Tudor Clothing Company building on it and that business will relocate.

The apartments surround a central courtyard and will be for sale individually.

They had not yet obtained resource consent but had spoken to Dunedin City Council staff, they said.

"The indications we have had are that there will be very few issues," Mr Lyons said.

The men said they had received "nothing but positive feedback" about the proposed complex, particularly because it was a new building rather than a retrofit, and because the site was close to the University of Otago, Dunedin Hospital and the city centre.

Mr Lyons hoped 50% of the apartments would be sold before construction began, probably in March. The building was expected to be completed by the end of next year.

The Filleul St development is his first project with Mr Ovens.