Pair still not home after floods 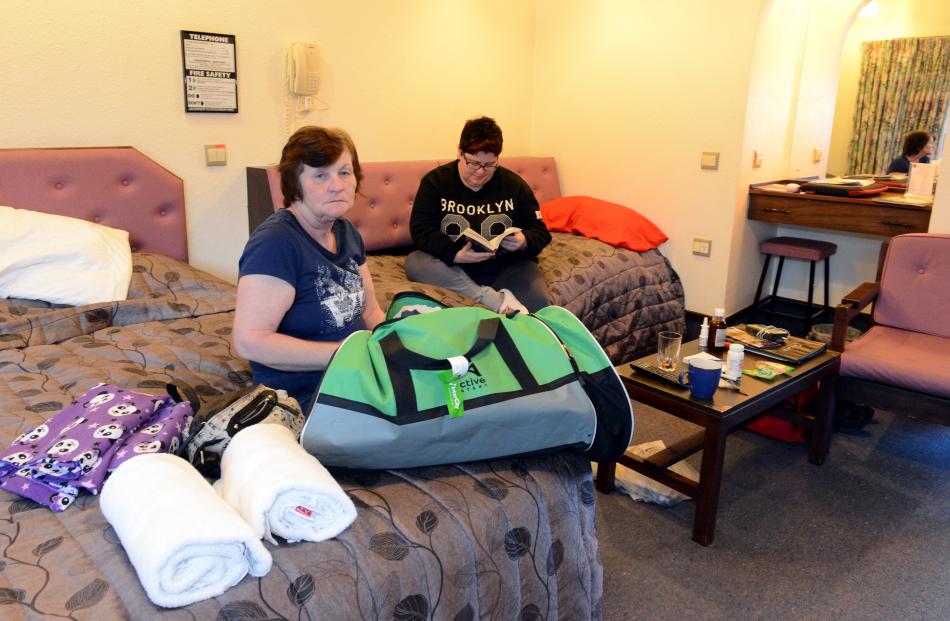 Heather (front) and Jennifer Conder, who are staying at the Alcala Motor Lodge, are unable to return to their home more than five weeks after flooding in South Dunedin. Photo by Linda Robertson

A Dunedin woman choked back tears as she contemplated another three weeks with no home to live in.

Heather Conder (63) and her daughter Jennifer (37) were forced to leave their Oxford St home in St Kilda after floodwaters washed through the property more than five weeks ago.

The carpet was a write-off and the walls were filled with contaminated, or ''black'', water.

Advised by her landlord repair work would take three weeks, Mrs Conder took annual leave from work and she and her daughter spent some time with family in the North Island.

When they returned to Dunedin on Tuesday, they were told it would be another three weeks before the repairs would be completed.

''I was shocked. My daughter and I looked at each other and thought 'what do we do now?'''

The pair remained in the property for five days after the flood before being told by Dunedin City Council staff it was uninhabitable.

''I was a bit stubborn and didn't want to move, and had nowhere to go,'' Mrs Conder said.

She took the opportunity to visit her daughter in Tauranga and brother in Hamilton.

Since returning, she and her daughter had been staying at the Alcala Motor Lodge in North Dunedin.

She had received several offers from friends and family, as well as her from landlord, of alternative accommodation while she and her daughter were displaced, Mrs Conder said.

''We've been offered the odd night here and there but I'm at my wit's end,'' she said.

''We've been doing that for the last three weeks, and I'm nearly 64 years old.''

Parts of St Kilda were like a ghost town after the flood, Mrs Conder said.

''Especially on Oxford St. It's still quite serious out there.''