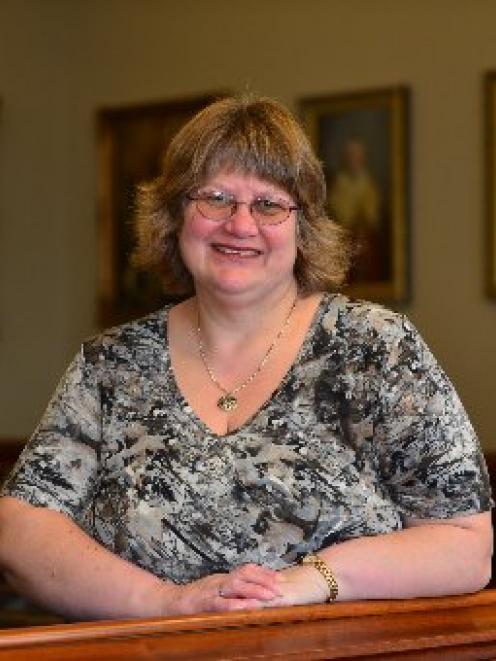 Pam Jordan of the Dunedin City Council. Photo by Peter McIntosh.
If you care about Otago and how it is run, get ready to have your say in the 2013 local elections.

Voting papers will be sent to all enrolled voters from Friday until next Wednesday.

Voters have until noon on Saturday, October 12, to return their papers and help determine who will represent them for the next three years.

Registrar of electors Dee Vickers urged all Otago people to get enrolled and then have their say.

It was up to voters to choose who would best represent them and their communities and if someone was not in the system they could not influence it, she said.

It was important for people to understand every vote really did count and they should use their voice to say who they wanted to make decisions on their behalf.

''I remember, I think it was two elections ago, it was being reported that the last person elected made it in by four votes, but I still had 200 special votes to count at that stage.

"After those were counted it turned out that person lost by four votes and the next person got in. So don't tell me each vote doesn't count.''

People could vote as as soon as they received the papers and needed to post their votes by Wednesday, October 9, for them to be received by noon on October 12.

Candidate information is included with the papers, but people can also visit

vote.co.nz to read more about candidates and ask them a question.

On the forms people should simply rank candidates in their preferred order, as part of voting under the Single Transferable Vote (STV) system - except for those voting for the Otago Regional Council, which will be elected under the First Past the Post (FPP) system, which requires people to tick their preferred candidates.

Voters can rank as many or as few candidates as they like, and do not have to rank them all.

A detailed explanation of how STV works can be found on the stv.govt.nz website.

If people ticked their papers, their vote would be invalid.

People who did not receive their voting papers by next Thursday should call into the Civic Centre to make a special vote, phone 477-4000 and ask for special votes, or email specialvotes@dcc.govt.nz.

Mrs Jordan she hoped people would get out and vote.

''They've only got this one opportunity to do this and it would be so great to have a good turnout.''

• A free lunchtime session with Associate Prof Janine Hayward, of the University of Otago's department of politics, on everything you need to know about the STV system will be held at the Dunningham Suite at the Dunedin Public Library on Friday at 12.15pm.