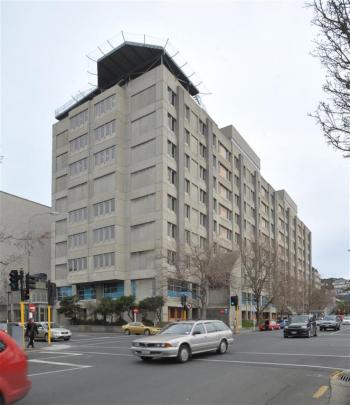 There was concern in some quarters when it was revealed the much-delayed Dunedin Hospital rebuild might be procured as a controversial public private partnership. Health reporter Eileen Goodwin looks into the option.

Health Minister Dr Jonathan Coleman is all but ruling out a public private partnership for the $300million Dunedin Hospital rebuild, but says it still has to be considered.

Dr Coleman was pressed for comment on an Otago Daily Times report earlier this month which revealed a private financing arrangement will be considered by the Ministry of Health and the Government-appointed "Southern Partnership Group''.

Consulting firms tendering for the right to draw up an "indicative business case'' have been told to look at a PPP as a potential option.

The senior doctors' union is calling on Dr Coleman to ditch the idea, calling it a "distraction'' for the delay-ridden Dunedin Hospital rebuild.

Private financing of public hospital builds has been widely employed in the United Kingdom, where they have been criticised across the political spectrum as far too costly (see sidebar).

"While it's correct that it has to be considered, the bar would be an extremely high one to clear, and it would appear unlikely in [Dunedin],'' Dr Coleman said through a spokeswoman.

Last year, Dr Coleman received confidential advice from the Ministry of Health showing private investors do not favour tricky developments on existing hospital sites, as it "severely constrains the ability for the PPP partner to innovate''.

The minister was told large-scale health PPPs had not taken off in New Zealand.

"PPPs have high transaction costs, which further limits the market, and diverts likely PPP opportunities to more proven areas, such as prisons and education facilities,'' the advice released under the Official Information Act says.

Senior doctors' union executive director Ian Powell said there was "quite an intense battle behind the scenes'' to ensure the $650million Christchurch hospitals rebuild was not a PPP.

That was the first time a large-scale health PPP was considered in New Zealand. They have been on the table - but never taken up - for more than four years.

Then health minister Tony Ryall suggested private financing was possible for the design, build, management, and some non-clinical support services for the Christchurch health rebuild.

Mr Powell said Dr Coleman had shown a willingness to dump ideas pushed by his predecessor Mr Ryall, and PPPs should be added to the pile.

Proposing a PPP for Dunedin was "destabilising'' and a "distraction''.

"Why put people through the uncertainty of the process?

"Why waste money and time and effort on it when there's a high probability it's not going to take off anyway?''

An unlikely-seeming opponent of PPPs is health insurers industry group Health Funds Association of New Zealand, which lobbies against them.

"Private financing of capital projects is ultimately more expensive than public financing, and comes at the expense of a future charge against operating expenses,'' Health Funds said in a briefing to Dr Coleman released under the OIA.

When contacted, Health Funds chief executive Roger Styles, of Wellington, said going through the motions of considering a PPP in Dunedin was a waste of money.

He admits his organisation seeks greater influence for the private health sector, but using private finance in this way brought "the worst of both worlds''.

"The way I've seen them proposed in the health sector it's basically capital funding exercises, which all they end up doing is providing expensive funds.

"My personal view, as opposed to my Health Funds view is yes, [the Dunedin PPP proposal is] a waste of money, but putting my Health Funds hat back on, the best form of public private partnership would be the Government and the private sector sitting round a table and looking at the next 20 years how we're going to fund healthcare,'' Mr Styles said.

PPPs are less maligned when they are used in a different form, in smaller communities, to make health services viable. Southern DHB tried a type of PPP for the abandoned Lakes District Hospital upgrade. The proposal fell through when the parties could not reach a deal.

It could allow consolidation of the city's public and private health services, rather than keeping them separate and having duplication, he believes.

"How big is Dunedin, really? It's not that big a community.''

Dunedin was only "just tertiary'', he said, referring to the grade of hospital.

"I don't think we should compare ourselves too much with the UK. The UK is a disaster, and I don't think we want to do [PPPs in the same way as] the UK has done,'' Dr Sijnja said.

In a statement, the Treasury said there had been successes and failures overseas, and it did not agree with the assertion that PPPs cost more in the long term.

The business case for Dunedin Hospital would evaluate "all potential procurement options''.

Nothing was off the table, even allowing private providers of clinical services, but that controversial outcome was "very unlikely'', the Treasury spokesman said.

"Problems with specific PPP projects overseas does not justify disregarding PPPs as a potential method of procurement in a New Zealand context.

"The New Zealand PPP model has a number of material differences to models in other jurisdictions, making selective comparisons of limited value.

"There is no evidence that PPP projects are more costly or have greater problems than traditionally procured projects. In fact, studies in Canada and Australia have demonstrated the opposite,'' the Treasury spokesman said.