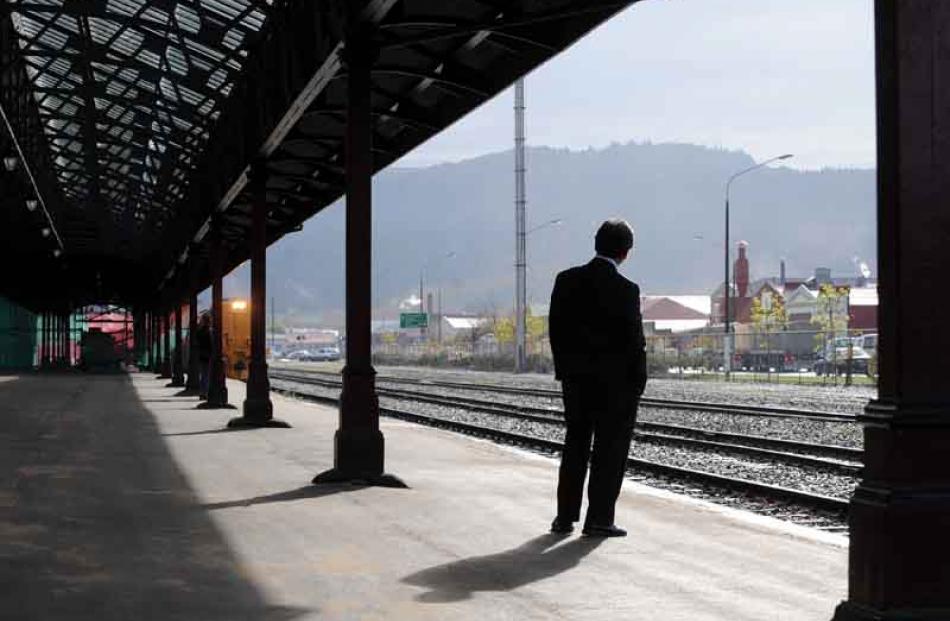 Mayor of Dunedin Peter Chin waits for the train to arrive at Dunedin Railway Station. 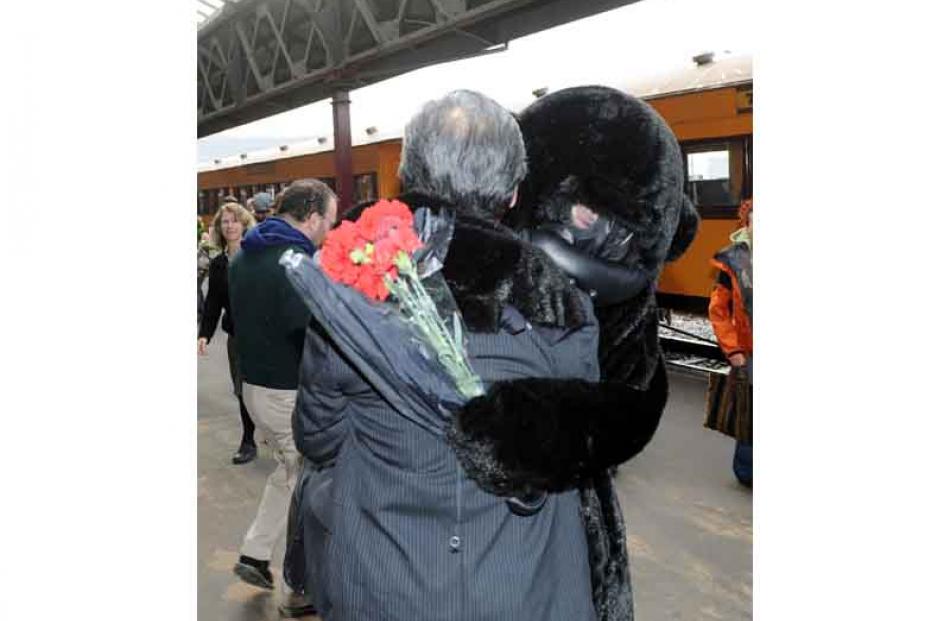 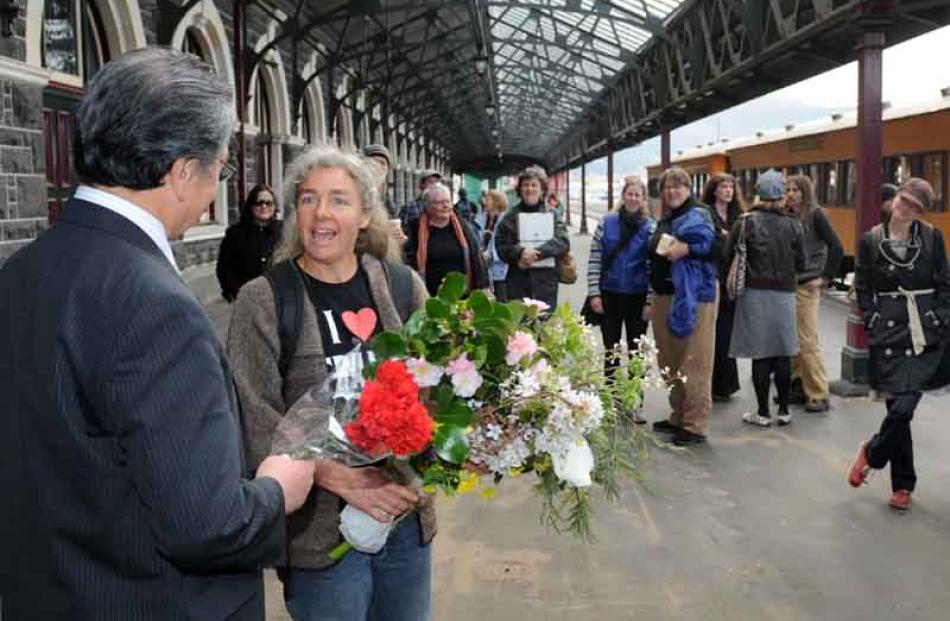 The Mayor accepts a bouquet from Danielle Cameron of Get the Train.

Rain may have put many people off walking or biking to work yesterday, but 100 delighted and dry passengers took a Taieri Gorge Railway train into Dunedin for World Car Free Day.

Passenger Justine Dallamore, who caught the train from Purakaunui, said the trip was "beautiful" and "quite relaxing".

She wished it was a regular service.

Dunedin Mayor Peter Chin was on hand to greet passengers and accepted flowers from Danielle Cameron, of the Get the Train group, who expressed appreciation for the Dunedin City Council-subsidised trip.

"It's wonderful they put this on," she said.

The group would like to the council to get involved and run the train as public transport.

DCC safe and sustainable travel co-ordinator Charlotte Flaherty believed the day had great support in the city, "given the weather conditions".

Other groups to take part were Living Streets, which provided free "fuel" in the form of biscuits to walkers in the Octagon at lunchtime; Spokes Dunedin, which fixed bicycles for cyclists; and Students for Environmental Action, which cooked pancakes at a free breakfast for walkers and cyclists.

World Car Free Day has been celebrated across four continents since 2000 and aims to reclaim city streets and show how cities might look, feel, and sound without cars.