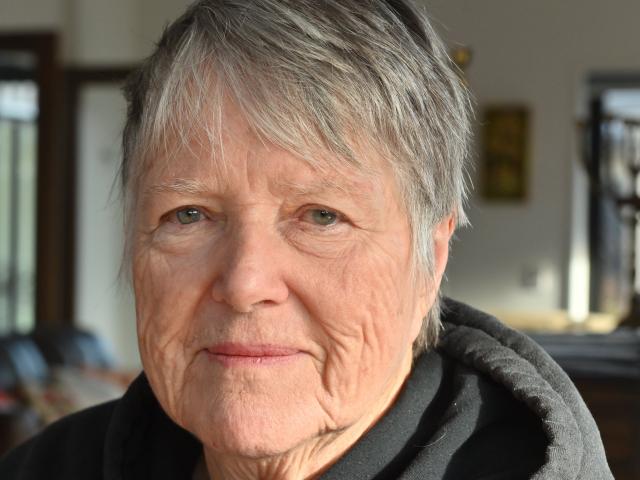 She also hopes the petition will help members of Parliament to realise there is widespread community concern about e-scooters being ridden on footpaths, and to promote action to protect pedestrians.

There was also ''absolutely'' a likelihood the matter could become an election issue next year, unless Parliament acted to protect pedestrians in the meantime, she said.

''The purpose of this petition is to make sure Parliament gets a handle on controlling this nonsense,'' she said.

Petition organisers said they had been working to support the Government as it brought in its planned Accessible Streets regulatory package.

Coalition spokesman Dr Chris Teo-Sherrell said that although there were some good things in it, the regulatory package seemed to ''permanently allow personal transport devices such as e-scooters to be used on our footpaths''.

Dr Hood, who is co-convener of the Dunedin Pedestrian Action Network, said she was promoting the signing of the petition in Dunedin, and it could also be found on the parliamentary internet site.

The petition was to be submitted to Parliament early next month, and it was ''particularly important'' that it was referred to a select committee, allowing greater scope for community input, she said.

The search function on the parliamentary website listing petitions currently being collected fails to pick up this petition on a search under the term 'scooter' or 'e-scooter'. However, it is available at https://www.parliament.nz/en/pb/petitions/document/PET_91586/petition-of...

Can you please publish this address?

While I'm all for alternative transport, this petition and awareness is very overdue, in fact, when first introduced, I was surprised that seemily overnight, New Zealand city's would suddenly find their footpaths littered with electric scooters for everyone to trip over....including the blind and disabled. What were the councils thinking? Where was NZTA in all this? On the one hand sandwich boards and signs, sidewalk tables and chairs, are all heavily regulated, yet, here we are with American implemented speeding scooters left discarded on the pavements as trip hazards, in a so called 'safety conscious' world. Let alone the cost to our ACC system....that's another story? Do this sort of thing in the workplace and see the 'near miss' and injury paperwork stack up!