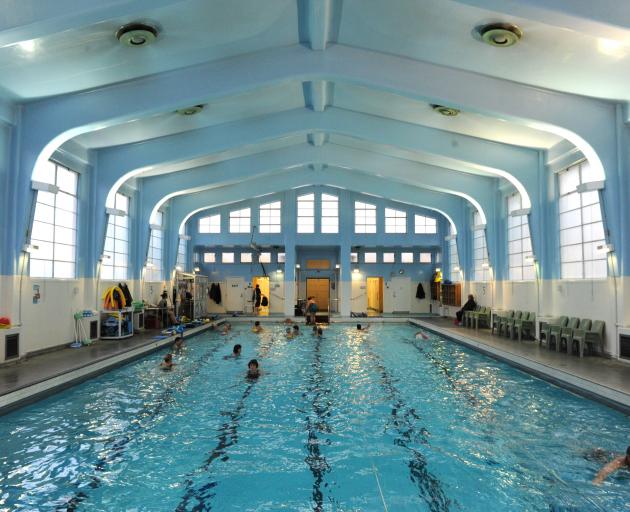 A report to be considered by the Southern District Health Board tomorrow says the well-used facility clearly has a limited lifespan and consideration may need to be given to building a new modern pool co-located with another public pool.

"The infrastructure of the pool is old technology, the energy source for the pool will ultimately be closed down and the area that the Fraser building and physio pool building occupy will also ultimately change," the report says.

The pool, operated by a charitable trust through a memorandum of understanding with the SDHB, has 33,000 attendances annually, who use its 35degC water for a range of healing and recreational purposes.

It is temporarily closed, after the unit which superheats the pool water broke down.

The new part has to be custom-made and could only be sourced from Europe at a cost of about $50,000, the report, by SDHB corporate services executive director Nigel Trainor, says.

"[This] will have a significant lead in time of at least six months or longer.

"This has created a cashflow issue for the trust as they are not receiving any revenue to cover the costs of the SDHB MOU costs and the wages for their employed life guards."

The SDHB had already agreed not to impose charges on the trust while the pool is out of commission, and the trust has now asked to be relieved permanently of $100,000 of the $142,000 it pays yearly to the SDHB.

However, Mr Trainor’s report makes clear that the long-term sustainability of the pool is debatable.

There is a long list of issues that require fixing, and a risk that if they were it could place pressure on other parts of the mechanics and they, too, are very likely to fail, it says.

"On top of this the roof leaks and needs replacing, the concrete walls will not hold paint due to the lime levels and will need to be resealed to maintain their integrity.

"The changing rooms are also sub-standard and require a complete refurbishment. The tiles on the floor of the pool are cracked with other tiles lifting, theses will also need to be replaced.

The pool is effectively at the end of its life and a clear strategy to provide appropriate facilities in Dunedin is required before too much is spent on an outdated facility, Mr Trainor’s report says.

It would be awful to see a facility like this no longer available.. I strongly believe the therapeutic and rehabilitative benefits are invaluable as they service thousands every year.
If the issue comes down to cost, it's well worth a public appeal and fundraising campaign. There will be many in the community willing to put their money where their mouth is to see a heated physio pool stay in Dunedin!

But we have enough money to throw tens of millions of dollars on cycle ways to nowhere. Makes perfect sense.