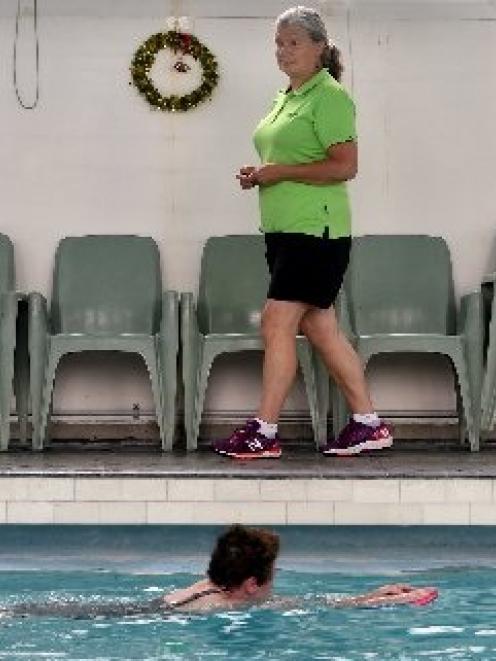 The pool closed yesterday for its annual Christmas break, and would now reopen sooner than expected, leaving it short of lifeguards who had made other plans for the upgrade period.

Otago Therapeutic Pool Trust secretary and treasurer Neville Martin said the plan was to have a lease in place with the Southern District Health Board by the end of the year, before beginning the $1 million upgrade work.

The work was due start next month, and take about three months to complete.

However, a lease would not be signed by Christmas and lease negotiations were continuing, he said.‘‘It's going to take a bit of time, longer than we had originally planned.''

The trust was seeking a 30-year lease in 10-year blocks with three rights of renewal.

The upgrade work would only begin when the long-term lease was signed, Mr Martin said.

‘‘We need to get a lease like that in order to get a long-term future for the pool and in order to justify spending $1 million on an upgrade.''Due to the work being postponed, the trust planned to reopen the pool on January 18.

Board deputy commissioner Richard Thomson said, legally, the board could only sign a lease up to three years.

Legislation deemed any lease longer than three years needed the approval of the Minister of Health, Mr Thomson said.

Mr Thomson said he would continue to ‘‘bend over backwards'' to help the trust but it could not sign a long-term lease.

‘‘They've asked for something we can't give them.''However, the trust delaying the work until a long-term lease was signed was understandable, he said.

He could not foresee any reason why Health Minister Jonathan Coleman would not approve the lease ‘‘But it's not my decision to make ... if it was, I'm sure we would be very happy to make it.''

The board and the trust were still working on a case to present to Dr Coleman.‘‘We will work through the process to try and achieve a longer lease, [but] if anybody is prepared to give a 30-year lease, I don't know.''

Pool supervisor Gaye Davies said since the pool was meant to be closed for months for the ‘‘major upgrade'' work, the seven lifeguards had made other plans for the time.

Consequently, the pool would be short of lifeguards when it reopened next month.‘‘I'm scratching around looking for staff.''The staff needed to be trained lifeguards, she said.

Ms Davies said the prospect of being short-staffed was ‘‘stressful'' because she was responsible for the safety of the swimmers.