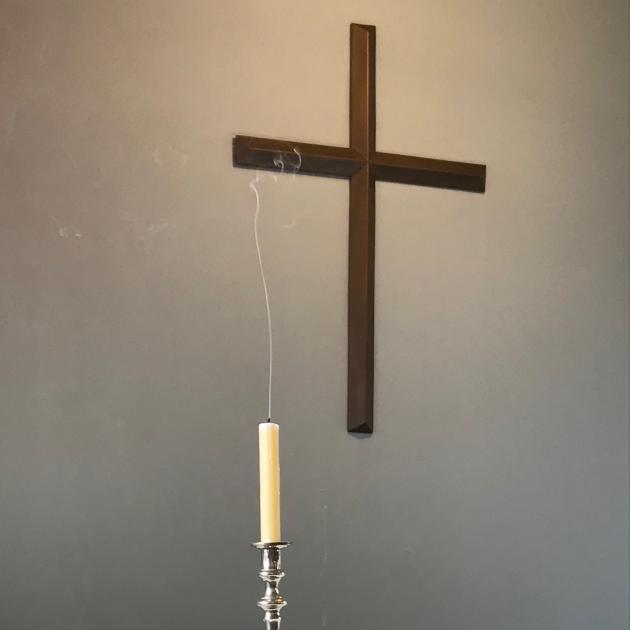 Smoke rises from an altar candle at the end of the final service at St Thomas’s Pine Hill. PHOTOS: GILLIAN VINE
"I hereby declare this building to be secularised."

With those words from Anglican Bishop of Dunedin Steven Benford, and the tears of former parishioners, St Thomas’s Church Pine Hill formally ceased to become a place of worship. 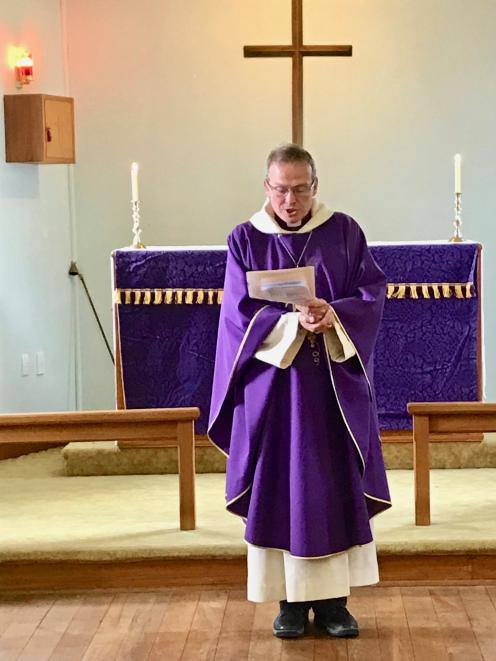 Anglican Bishop of Dunedin Steven Benford reads the formal document of deconsecration.
About 30 people attended the deconsecration service on February 28, after which liturgical items, including the font, altar and candles, were carried from the building by former parishioners to be taken to St Thomas’s parent church, St Martin’s, in North Rd.

At the service, Canon Michael Wallace, vicar of the Dunedin North Anglican parish, outlined the history of the church.

"Many people have worshipped here over the years and been served by many clergy," Mr Wallace said.

Always under the wing of St Martin’s - which is now part of the parish of Dunedin North - St Thomas’s was built in 1957 in the new housing area of Pine Hill.

The Rev David Crooke, vicar of the parish from 1994 to 2011, noted that services were regularly held until about 2015, then the building was used by Presbyterian Support Otago and the Open Wananga, which offered Maori language courses.

"Most recently, the Maori Anglican Parish has used the church for worship, but they stopped using the church in September 2020," Mr Crooke said. 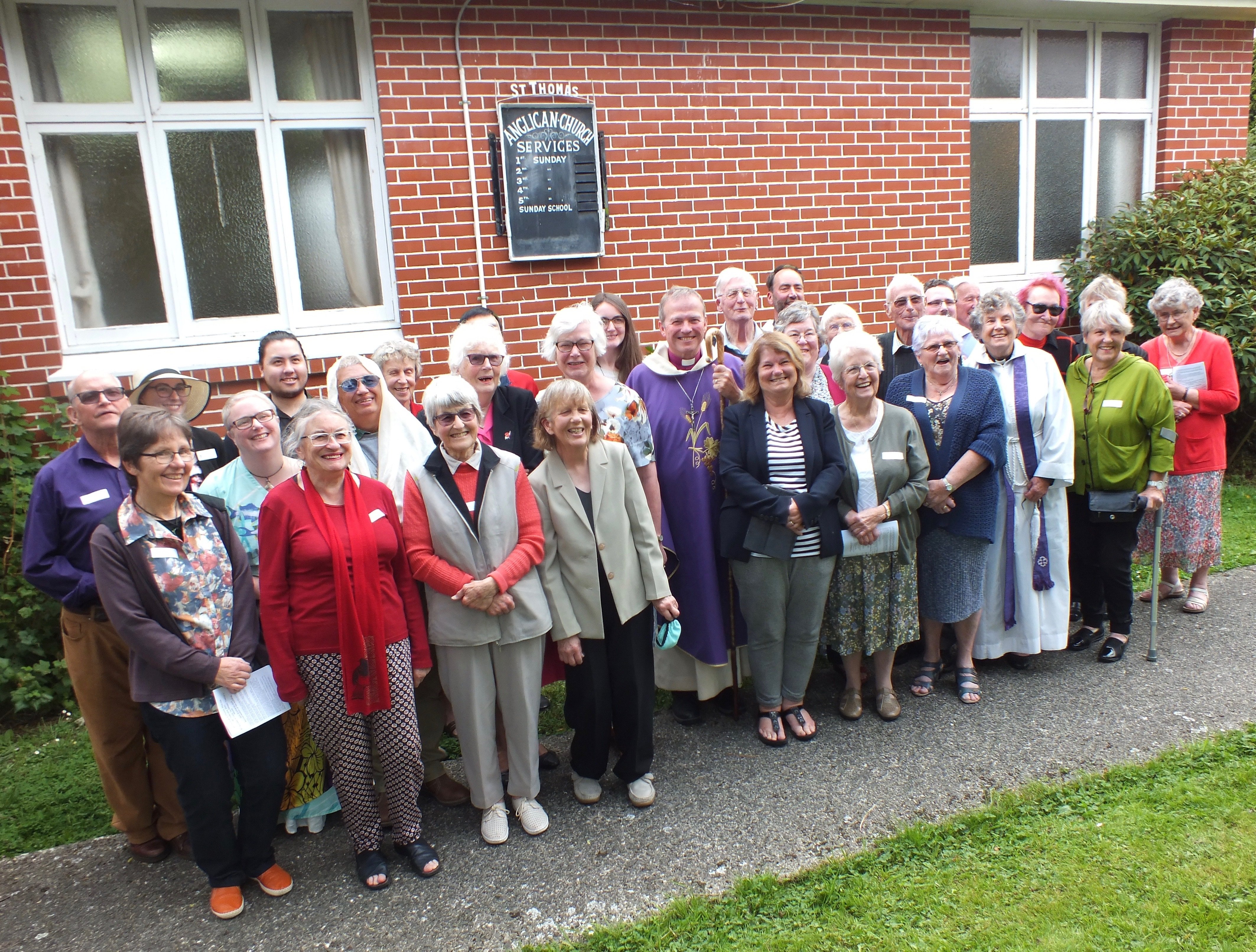 Former parishioners who attended the Sunday afternoon service with Anglican Bishop of Dunedin Steven Benford (centre).
Former parishioners shared memories, including Murray Tyrell, whose father had been the builder while he worked as an apprentice.

"It was built on a tight budget and without an architect," Mr Tyrell said.

He recalled the sanctuary doors being second-hand, from a Gore church that had had a fire.

There were no plans to sell the building, Mr Wallace said.

"We want to see it having ongoing community use."

A small group has been appointed to survey Pine Hill residents to see how the parish might best serve the community.

"We’re really confident that this group will gather some great ideas from the community," Mr Wallace said.

And if not, what then?

Prof Nicola Peart, one of the group charged with that consultation, said: "In the long term, if we can’t find a community use, the parish would look at alternative options."

"Social housing could be one option," Mr Wallace said.