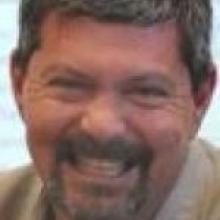 Wayne Mackintosh
Organisers of a meeting being held in Dunedin later this month and streamed simultaneously worldwide hope it will be a major step towards the creation of a global online university.

So far, 25 people from five countries have registered to attend the one-day meeting on February 23, being hosted by the Open Education Resource (OER) Foundation, of which Otago Polytechnic is a founding partner.

Another 118 people have so far registered to participate online.

The foundation is an independent, not-for-profit organisation which encourages educators to share educational material online where it can be accessed free by educators and students.

That included course content which tertiary institutions could adapt to their own teaching needs and incorporate into their own qualifications, foundation director Dr Wayne Mackintosh, of Dunedin, said yesterday.

But the challenge was to find robust mechanisms for assessing and crediting the academic achievements of online learners and ensuring online material linked to recognised tertiary qualifications, he said.

"Maintaining credible credentials is mission-critical. We don't want this online university to become a degree mill. That's not what we are all about."

The meeting would discuss assessment challenges and come up with a plan of action, he said.

Dr Mackintosh, a South African, came to New Zealand in 2002 to a distance-learning position at the University of Auckland.

From 2006 to 2008 he worked for the Commonwealth of Learning, an intergovernmental organisation created by Commonwealth Heads of Government to encourage the development and sharing of distance education knowledge, resources and technologies.

On his return to New Zealand in 2009 he joined the staff of Otago Polytechnic, which gave a three-year pledge to the foundation and associated projects.

The foundation was rapidly gaining support from educators, government departments and other agencies around the world, Dr Mackintosh said.

Globally there were about 100 million people qualified for entry to a tertiary education who would not be able to enrol because of cost or location.

Harnessing the internet was a cost-effective way of educating those people, he said.

The meeting had received funding from Unesco to stream the meeting online, he said.

In the past three years, Otago Polytechnic has been forced to trim its budget and reorganise courses because of government funding cuts.

About 40 staff have lost their jobs or had their hours reduced.

Asked if supporting the creation of an online university should be a priority given the polytechnic's funding pressures, Dr Mackintosh said it should be.

"The polytechnic's core business is education. This is a parallel business which adds value ... by significantly reducing course design and development costs and creating flexible learning pathways for students."