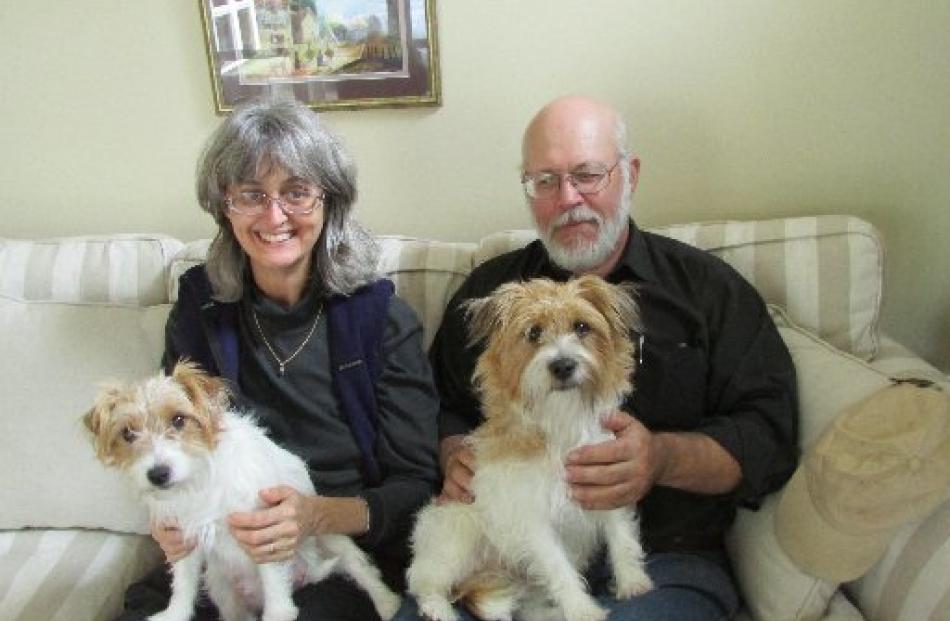 Playtime in the city's dog parks can be hazardous for small dogs, at risk of being ''monstered'' by larger breeds, prompting a Dunedin couple to lobby council for special fenced-off areas.

Deborah Mills and James Stewart moved to Dunedin late last year from Australia with their rough-coat Jack Russell terriers Whiskey (2) and Wanda (18 months) and were surprised by the lack of small-dog-only spaces available.

''We used to take our dogs to a lovely, big, small-dog-only park, and we were part of a small dog playgroup - so it was great,'' Ms Mills said.

The couple believed that mixing large and small dog breeds together could put the small dogs, and their owners, at risk should a larger dog become too boisterous or aggressive.

''If you have a 3kg dog playing with a 30kg dog, and there is a problem, the little dog is going to come off second-best,'' she said.

The couple had spoken to dozens of small dog owners, who avoided taking their dogs to specified dog parks for this reason.

''As a small dog owner, you live in fear that a big dog might attack, and then that you may get bitten if you try to intervene,'' Mr Stewart said.

In search of a solution, they approached the Dunedin City Council to ask if parts of dog parks could be sectioned off for the use of small dogs. The council's animal control department had been ''very responsive'' and plans were progressing for sectioning off part of the city's largest dog park, Shand Park, in Green Island, for small dogs, Ms Mills said.

The council was considering two requests in relation to Shand Park - the proposal to create a small dog area and a proposal to fence off the nearby Kaikorai Stream, she said.

''We have received quotes are both projects and are looking at how to finance them,'' Ms MacGill said.

While lobbying for small dog spaces at dog parks, Ms Mills and Mr Stewart are also keen to establish a Dunedin small dog play group, with the aim of bringing owners and dogs together for regular play dates.

''It's a great way for owners and dogs to socialise in a safe environment,'' Mr Stewart said.

The group will have its inaugural meeting this Sunday, March 22, from 8am to 10am, at Rotary Park. Dogs under 8kg and their owners are welcome.