A rendering of the proposed new play equipment for the Bathgate Park playground. PHOTO: SUPPLIED DCC
A major playground upgrade has been proposed for Bathgate Park in South Dunedin as part of an ongoing push to freshen up the city’s play spaces.

Now the Dunedin City is seeking public feedback on their proposal for the playground.

It is set to undergo a $385,000 revamp from its current configuration of a swing set, a pair of see-saws and a basketball hoop.

A fort with a double-width slide, log scramble agility trail, mouse wheel, spinner carousel and talking tubes are all new features proposed for the site.

The swing set will be replaced with an updated version, including a basket swing that can accommodate more than one user at a time.

A basketball hoop will remain in the same area that the current hoop occupies, but will be upgraded to a paved and painted half court.

Footpaths, seating, a picnic table and boundary hedges are also part of the plan.

The council worked alongside the South Dunedin Community Network to develop the plan, with feedback from Bathgate School and Carisbrook School sought during the design process. 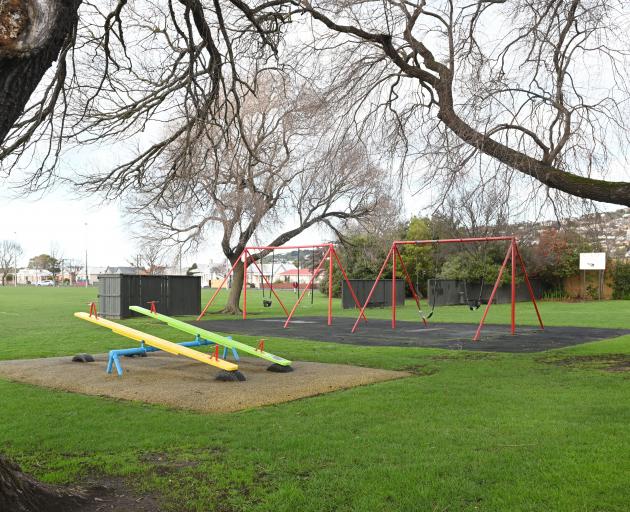 The swings and see-saws that comprise the Bathgate Park playground. PHOTO: LINDA ROBERTSON
The Blind Low Vision NZ organisation, which has headquarters across the street from the park, was also consulted.

The playground plans will be finalised early next year, with work on the upgrade expected to be completed by June.

The Bathgate Park playground upgrade is the second project to follow on from the council’s new play spaces plan, which was adopted in August.

It follows a planned upgrade in the College St playground in Caversham, with the Karitane playground next in line for an upgrade.

South Dunedin had been identified as an area in need of playground upgrades, having a high number of children and a small number of public playgrounds.

The council is accepting feedback on its proposed plans for the park until Friday.