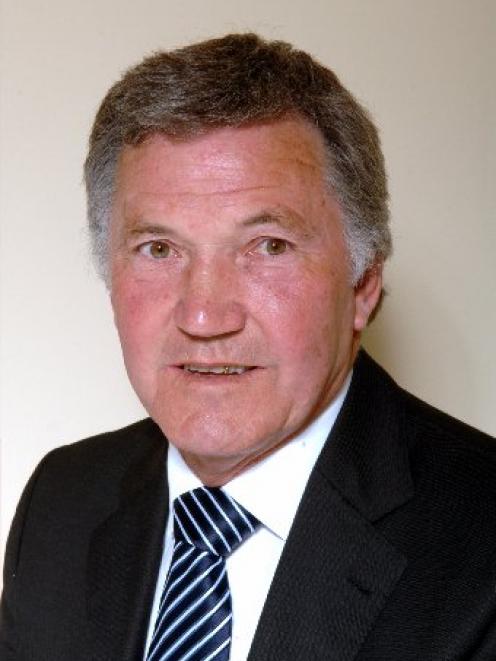 Syd Brown.
Three of the most expensive capital projects planned by the Dunedin City Council, together costing tens of millions of dollars, could be temporarily shelved in an effort to ease the burden on ratepayers.

The idea to defer planned work on the Otago Settlers Museum, the Town Hall-Dunedin Centre and the Regent Theatre was raised by deputy mayor Syd Brown during yesterday's pre-draft annual plan meeting.

He said the council needed to "bite the bullet" and make "hard decisions" to ease predicted rates increases forecast for the next three years.

Going into the meeting, councillors had already signalled their desire to cut the forecast increases where they could.

That came through a combination of proposed changes to the pre-draft plan, including a plan to cut library spending by $300,000 - including examining opening hours at the Dunedin Central Library in Moray Pl - a reduced levy for Otago Museum, from 3% to 2%, and a smaller-than-expected increase in water and waste depreciation funding for 2010-11.

Mayor Peter Chin said the new figure was not yet confirmed and relied on the results of reports yet to be received.

However, further significant savings could be achieved if councillors agree to defer one or more of the big-ticket projects identified by Cr Brown yesterday.

Cr Brown yesterday asked for a staff report examining the implications of delaying or staging work on one or all of the three projects, including savings that could be achieved, but indicated he backed the idea.

"I think this is the only prudent way to make some hard decisions. Hard decisions have to be made."

The report would be presented to the next council meeting on February 1, when the pre-draft plan would be finalised before being released for community consultation.

The upgrade of the Otago Settlers Museum, at a cost of $35 million, was already under way, and was due to be completed by 2012.

However, Cr Brown believed the $15 million stage three of the project - which included improvements to the entrance and foyer - could be a candidate for possible deferral.

The Town Hall/Dunedin Centre redevelopment was budgeted to cost $45 million, while the Regent Theatre was to receive $4.4 million from the council in 2010-11 towards the cost of its $6.4 million refurbishment.

Cr Brown said it was clear prudent financial management was needed to smooth rates, particularly over the next three financial years when forecast increases were at their highest.

However, councillors also needed more detailed information first, in order to be able to make a properly informed decision, he believed.

"Trying to pick a winner at this stage is not the way to go, unless you have got the facts and figures in front of you," he said.

His suggestion won support from councillors at yesterday's meeting.

Cr Andrew Noone supported the "prudent stock-take" of the council's spending plans, particularly to minimise the impact of the peak period of rates increases over the next three years.

Cr Dave Cull also backed the suggestion, saying some suggestions would be unpalatable but reductions were a priority, given the council's financial position.

Cr Bill Acklin also supported the intention, although he did not want to see any delays to the Dunedin Centre or the wider Town Hall redevelopment.

"I would certainly be very, very concerned if the outcome was delaying the Town Hall completion time as a whole.

"This is something that's been ongoing for a heck of a long time. As soon as it's closed, it's a huge cost to the city.

"It's going to be a flagship for the city once finished and the sooner it's done the better."

Cr Neil Collins argued to also have the council's harbour plan change - which aimed to promote the redevelopment of the harbour basin area - added to Cr Brown's list, but that was rejected on the basis it was before the Environment Court.

Instead, a report on the implications of any changes in the midst of a judicial process would also be presented to February 1 meeting, councillors decided.

A report on changes to stadium funding for the Forsyth Barr Stadium and Dunedin Venues Management Ltd, the company tasked with running the venue, would also be presented to the meeting, Mayor Peter Chin confirmed.

Details of the report were not available yet, and it was possible it could be considered in a public-excluded section of the meeting, he said.

What next?
- Council to reconvene on February 1; confirm pre-draft annual plan for public consultation.

- Consultation scheduled for May 3-7.

- Rates confirmed and plan adopted by council on June 21.