By Grant Miller
0 Comments
Wooden power poles are making way for fewer, new steel poles as part of a long-awaited upgrade of a pivotal part of Dunedin’s electricity network.

Aurora Energy is replacing a stretch of 6.6-kilovolt line between Berwick and Outram, and a helicopter was used yesterday to string the new cable between the new poles.

Delta contractors began work on the project in late February, starting with a section in Huntly Rd.

They are expected to be finished before winter.

The upgrade will extend to Halfway Bush.

It is part of broader work to replace historical infrastructure to improve the network’s safety and reliability. 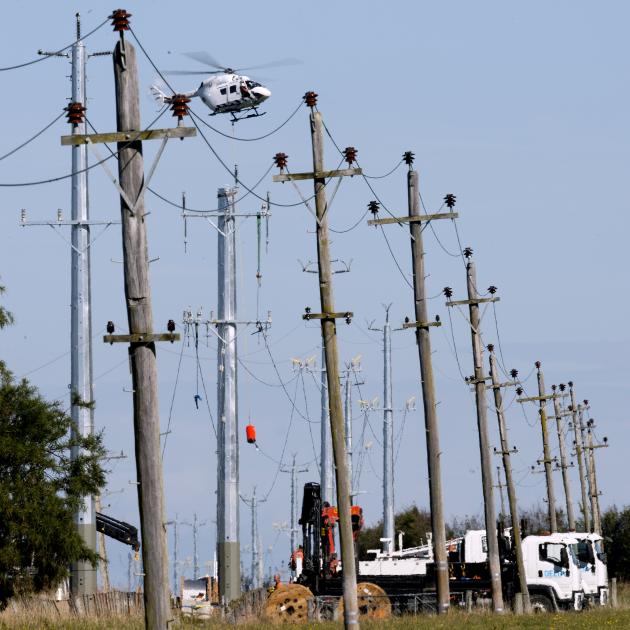 The Waipori hydro-electric scheme was built more than 100 years ago and once powered all of Dunedin.

Waipori still provides the city with electricity, along with the Roxburgh Dam, but lines and poles conveying power into Dunedin are being replaced.

The work on what is known as the B Line between Berwick and Outram spans 10.8km.

Each taller, steel pole will replace about three wooden poles, on average.

Project manager Wiaan Booyens said this meant the lines would span longer distances between poles and this could fit in better with the amenity of the Taieri Plain, close to the Maungatua ridge.

Aurora is expected to spend more than $300million on upgrading its network in Dunedin and Central Otago in the next five years.