Dunedin barrister Marie Taylor-Cyphers is concerned police are taking advantage of a naive public to catch them out. Photo: RNZ

By Tim Brown of RNZ

The police are flouting the rules on breath testing, carrying out tests in people's homes to catch them out sometimes up to two hours after they were last seen driving, a Dunedin lawyer says.

Dunedin barrister Marie Taylor-Cyphers said in many cases the supporting evidential paperwork claimed the tests were taken roadside, though officers would later concede on the stand that was not the case.

She was concerned police were taking advantage of a naive public to catch them out.

"The breath testing very commonly occurs in private residences, in people's homes, most commonly in their lounges - this happens all the time," she said.

"In some cases there's very clear evidence that the police reference in their case that they can see that the person's got a glass of whisky or a gin and tonic in their hand when the police enter their home."

It appeared officers were using implied licence - that is the right for them to enter on to a private property and go to the front door and knock - to gain entry into their homes and then carry out breath tests, she said.

The police's policy on breath testing, provided to RNZ under the Official Information Act, is vague when it comes to the matter of testing in people's private dwellings.

In fact, it does not spell out where and how officers can carry out breath tests.

The law is clear - a police officer cannot carry out a breath test in someone's home unless they are invited in and the person consents.

Last year the High Court set aside the conviction of artist Lee Torres Calderon after finding police illegally entered his bedroom to breath test him in Auckland in 2016.

The ambiguity of the police policy did not surprise Ms Taylor-Cyphers.

"I have been provided with a copy of the policy and it doesn't surprise me now when I've raised this issue with a number of policemen over the years that their response has largely been that they don't care about where they take the breath test," she said.

"There needs to be further education around this for the public, but also for police to know they don't have an automatic right of entry - and the public needs to know that to.

"The provisions in the law are actually clear, it's just the way they are being applied both by the public and by the police that is leading to, what I see as, a miscarriage of justice."

She had represented several clients in Dunedin who had been caught out by their own naivety.

Ms Taylor-Cyphers said despite the High Court's ruling, such cases were persisting.

"Very commonly there are drivers who are reported by other drivers for swerving or a bit of poor driving, they've phoned into the police on a non-urgent number and the police have taken around an hour to 90 minutes to locate the person who is now at home and who has now been drinking for the last hour or so," she said.

One of her Dunedin clients said he was breath tested after an officer sat in her car in front of his house for about half an hour and watched him drink on his porch with his builder.

"We sat out there and we were drinking beer, and so there's this police car blocking my driveway and she's watching us. And she can see we are drinking alcoholic beverages in plain sight - big deal. It's the end of the day, he doesn't drive, I'm not going to drive anymore and so I had absolutely no reason for concern."

But after drinking several beers and three gin and tonics, there was a knock at the door and two police officers asked to come in.

After questioning him, the officers carried out a breath test showing he was over the limit.

He was taken to the police station for an evidential breath test and charged with drink driving.

"I find it disappointing that you can be charged without having direct evidence that you have committed that crime," he said.

"Or any other evidence other than the fact that when they knocked on my door I had one too many gin and tonics. I think at that point it's a bit of an abuse of power."

He later learned the police went to his address after receiving a driving complaint earlier in the day.

Following advice from his first lawyer, he entered a guilty plea.

A plea he now regretted and was fighting to have vacated more than a year after the incident.

RNZ asked the police how many breath tests were carried out in people's homes in the last five years.

The police said they could not tell us without substantial collation or research because they would need to review every test to see what location was entered.

But Ms Taylor-Cyphers said even if such records existed, they would be unlikely to help.

"The police routinely on their evidential sheets fill out that these tests have ... taken place at the roadside, when they have not, when they've taken place sometime after in the person's private residence."

One such client she pointed to was a 19 year old, who officers visited after reports of his involvement in a incident of wilful damage.

The teenager conceded he was responsible for the damage, but the police breath-tested him and charged him with drink driving almost an hour after he was last in a car - during which time he was drinking whisky straight and chasing it with RTDs.

The officer involved indicated the breath test took place roadside, but that was not the case as the officer escorted him to the patrol vehicle to test him before arresting him and charging him with drink driving.

"In court it was found out in his paperwork he'd actually put that the first breath test was taken roadside, so as if I'd just been taken out of the vehicle or it'd been done with me being pulled over," the teen who did not want to be named said.

In court under questioning, the officer conceded that scenario was not correct.

"He tried to justify it by just saying that's what he's used to putting down - he does it all the time."

Despite that the teenager was found guilty at a judge-alone trial and would be sentenced at the end of this month.

The teenager had been told he had a good case for appeal but over a year after the incident and with legal fees stacking up he just wanted to put it behind him.

"They say innocent until proven guilty but as soon as I walked in there I felt like I was being looked down upon as if I was a drink driver," he said.

Ms Taylor-Cyphers said the matters often needed to be referred to an appellant court before justice was served.

"The police usually on the stand, when I'm cross-examining them, will concede that in fact the breath test did take place in the lounge and that their evidence on paper is wrong. But in my experience that is not sufficient for the judge to find not guilty."

RNZ requested an interview with the police last week on the matter, after several days they responded with a statement and refused to put an officer forward to speak to us. 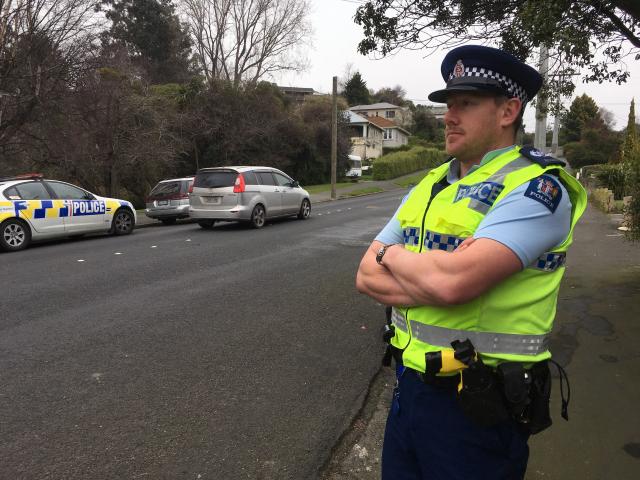 "Case law has established when police officers may lawfully act on private property when making inquiries, or carrying out investigative or enforcement procedures. Police may only so act with statutory authority, such as a search warrant or section 119 of the Land Transport Act 1998, or with an implied or express licence given by an occupier," the response said.

"This means if police officers are following up on a complaint which leads them to a private residence, officers are entitled to enter onto the property and knock on the door as part of their inquiry. They cannot enter a home unless invited to do so with informed consent.

This consent may be revoked at any time up to a point where a process has lawfully begun, such as a breath testing procedure. While police are speaking with the person who they have good cause to suspect is the driver, they can request them to undergo a breath screening test.

Once this request has been made it cannot be refused. The person will be advised they are required to accompany the officer for evidential breath test, blood test, or both. They must be warned that they can be arrested if they refuse.

This would be treated seriously if police were to receive evidence of such conduct. There are many instances where an implied or express licence is given to the officers to enter a home and continue their inquiries, and also many instances where occupants consent to breath alcohol procedures being conducted in their private premises.

"New Zealand Police is committed to preventing and removing intoxicated drivers from New Zealand roads. Our officers strive every day to keep people safe from the harm this can cause on the road."

Ms Taylor-Cyphers had this advice to anyone with an officer showing up on their door step and asking to come in relating to driving matters.

"Say no and call a lawyer."

The police had no right to enter someone's home to carry out a breath test without express consent, she said.