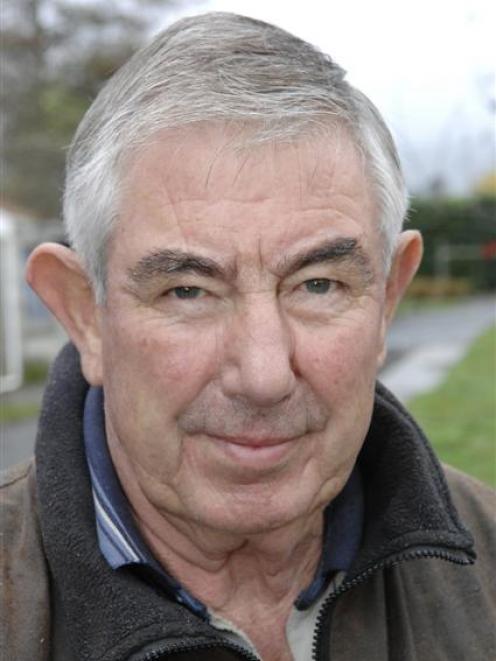 Murray Nash
Residents and businesses on Dukes Rd, near Mosgiel, say they have "had a gutsful" of boy racers damaging and littering the roadside and their properties and keeping them awake.

And they say they have also given up on the police doing anything about it.

Police say they take boy racers seriously and target them continually, but have to prioritise what they respond to.

Dukes Rd business Store Safe owner Murray Nash said he was fed up with cleaning up after boy racers every Saturday morning.

Both sides of the road for about 100m near his yard were usually littered with bottles, glass and empty alcohol packages, he said.

The road was covered in black marks and roadside grass and gravel were ripped up.

Last Saturday, he filled two 20-litre containers with broken glass from inside his property, from bottles apparently lobbed over a 1.8m-high fence, he said.

"It's been going on for two or three years, but it's getting a lot worse." He had complained to police, but said he found their response disappointing.

One police operation he was aware of failed to result in any prosecutions.

Another business owner in the area said the noise was unbearable every Friday night and the road on Saturday morning was a "hell of a mess".

A nearby resident, who did not wish to be named, said the noise was driving her family "insane".

Up to 60 cars would congregate in Dukes Rd every Saturday, from about 12.15am to 2am, she said.

"I've got to the stage where half the time I don't go to bed until they're gone.

"You don't really know what they are going to do, that's the thing." For a time, she complained to police every night it happened, but they would send out one car to look at what was going on and that was "useless", she said.

"I feel sorry for the cops, with everything they have to do, but we've had a gutsful."

They often held operations targeting them, checking cars for road worthiness and drivers for licences and sobriety.

Already this year, police had issued a "substantial number" of infringement notices for those offences, and also for speeding, disorderly behaviour, sustained loss of traction and placing oil on the road.

In addition, they had impounded many cars and arrested boy racers.

Police visited Andersons Bay Rd before the convoy left and sometimes took part undercover, but it was difficult to go undetected.

The convoy usually went to one of about five destinations, but it often became a game of "cat and mouse", with boy racers using spotters, cellphones and police radio scanners to evade patrols.

"We are up against it sometimes, but we will continue to do operations targeting them."

If someone reported problems with boy racers, officers would be sent to investigate, but police also had domestics, accidents, disorder and other crime to deal with each night, and could not always respond immediately.

"We can't be babysitting them all the time."

Noting registration plates and descriptions of drivers was helpful.

The officer in charge of Mosgiel police, Senior Sergeant Darryl Lennane, said anyone with serious concerns about boy-racer activity should contact him at the Mosgiel police station.