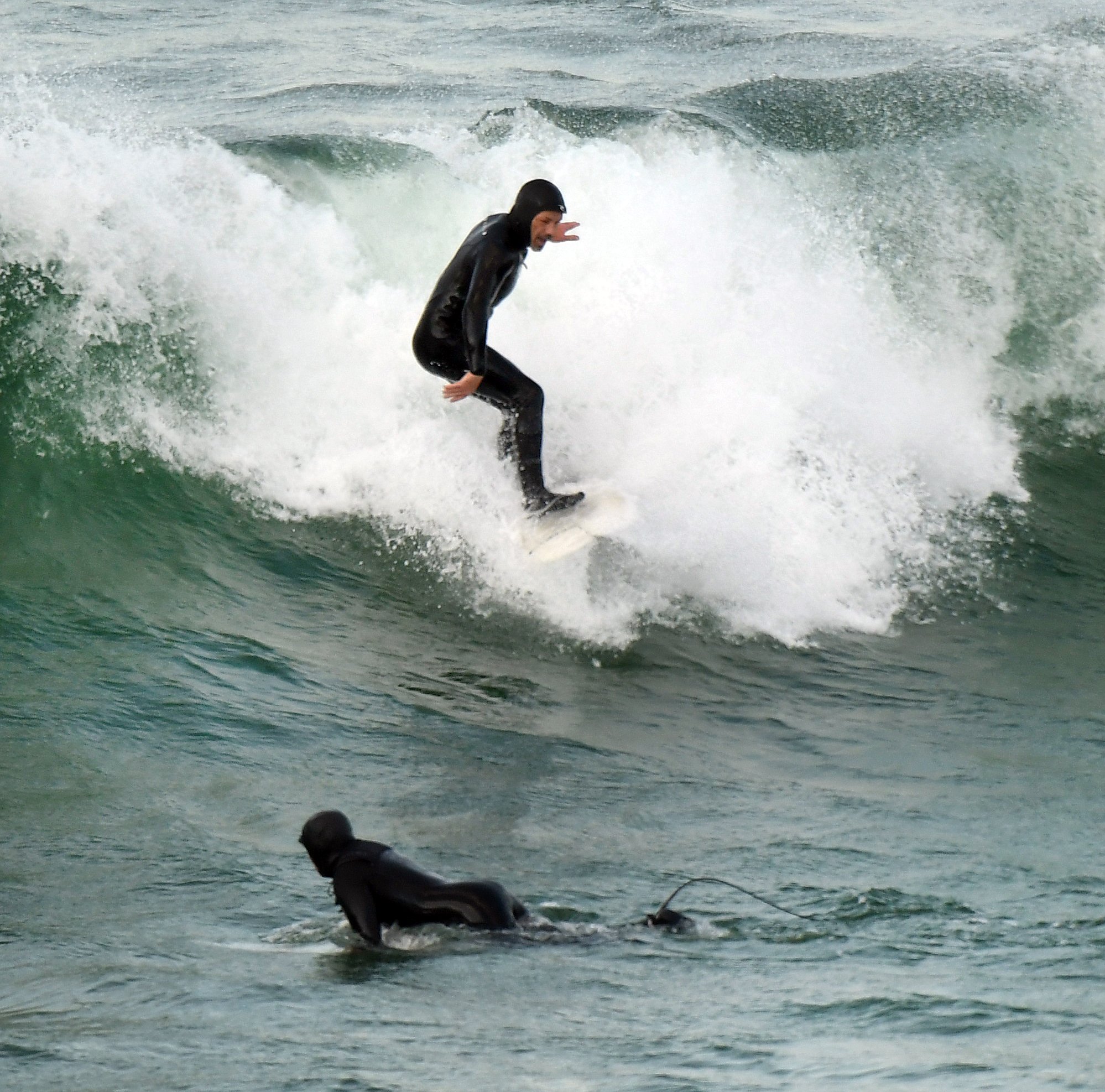 Surfers breach lockdown conditions to catch the waves at Blackhead Beach. Any activity that would require an emergency service response if they were to get injured or into difficulty is a breach of Alert Level 4 conditions. PHOTO: STEPHEN JAQUIERY
Mountain bikers, tree climbers, workers and supposed party-goers were among Tuesday’s Covid-19 police lockdown callouts.

Senior Sergeant Craig Dinnissen, of Dunedin, said five independent businesses within the same industrial area were found to be operating without an exemption from the Ministry of Business, Innovation and Employment.

Advice was given to the ten workers from the businesses.

At St Clair Beach, an 18-year-old male was found sitting in a tree shining his iPhone torch at pedestrians about 6.15pm.

He had been spoken to and moved on.

Police patrols would increase across the Blackhead and Waldronville areas after reports of people riding dirt and quad bikes on the beaches.

In the student quarter, police gave advice to residents in Leith St North following reports of about 30 people partying in the street.

Officers spoke to people from different flats, who were keeping to their own bubbles.

Residents were given advice to keep music turned down and to move indoors to prevent perceptions of partying.

The same advice was given to flats in Castle St, with all residents ‘‘happy to follow advice’’, Snr Sgt Dinnissen said.

Elsewhere, a 21-year-old man was found on his third lockdown breach and was issued a $300 Covid infringement notice.

Any form of exercise that would require an emergency service response if there was an injury or if somebody got into difficulty was considered a breach, Snr Sgt Dinnissen said.