By Emma Perry
0 Comments
A sombre minute’s silence was observed by emergency services staff and the public around the South yesterday.

At 10.37am more than 100 police staff and firefighters gathered at the Dunedin police station, and dozens more at police stations around the region, to observe one minute of silence in honour of Constable Matthew Hunt, who was shot and killed during a routine traffic stop in Auckland at that time on June 19. 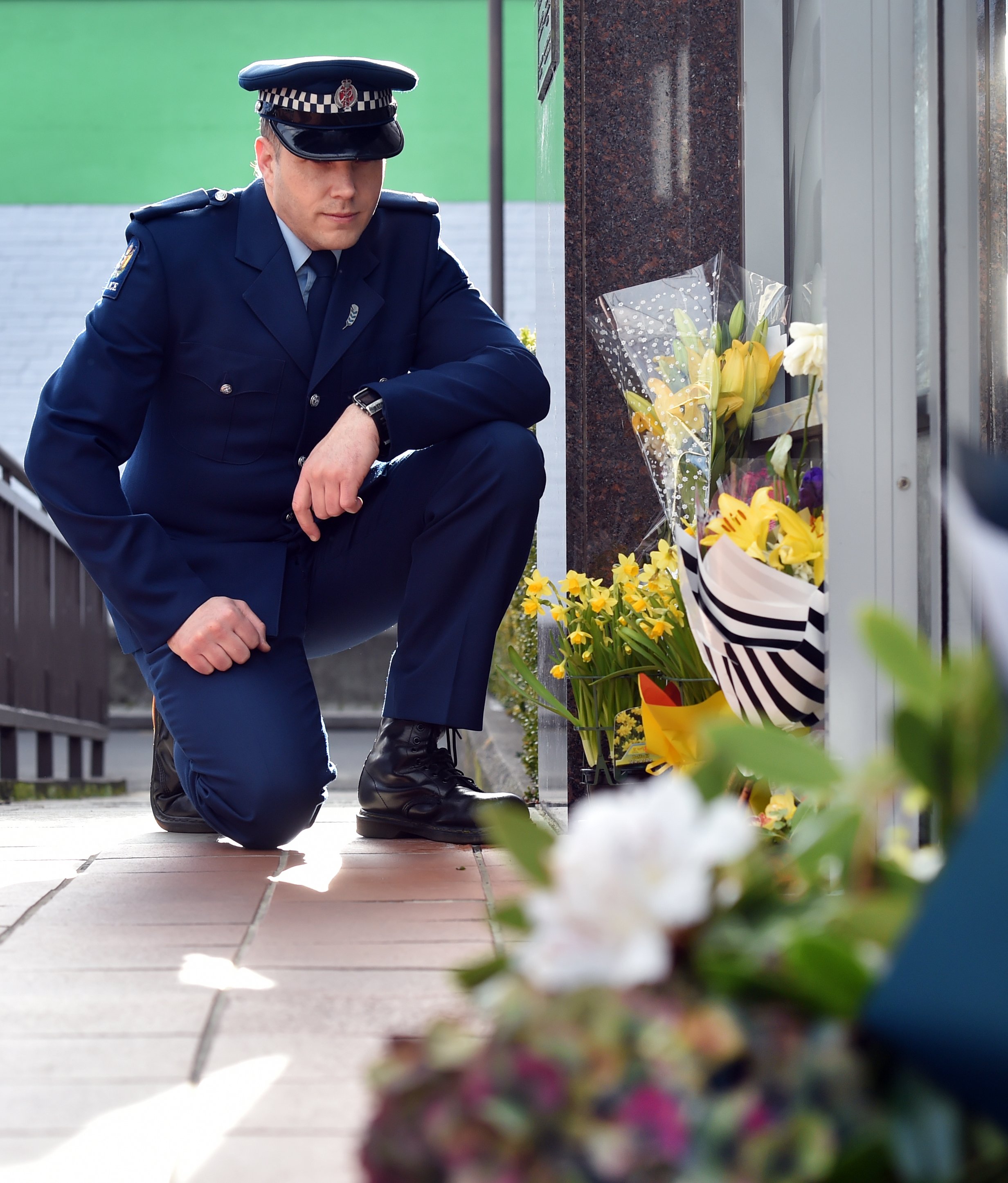 Constable Seaton McGuigan kneels at the entrance to the Dunedin police station to remember Constable Matthew Hunt, who was shot and killed in Auckland last week. PHOTO: PETER MCINTOSH
Flowers and tributes were laid, flags flew at half mast, and songs were sung by crowds gathered.

Uniformed officers shared hugs and comforted one another after the silence.

Const Hunt died of his injuries and another officer was injured when the pair were shot.

"Today was about us coming together to acknowledge our colleague who was tragically killed last week.

"This is to give people that opportunity [to grieve], and for police and our wider community and whanau to do that as one."

At the end of the minute's silence, one officer started singing Hallelujah, by Leonard Cohen.

Hundreds of flowers and messages of support towards the police and the Hunt family have been placed at the base of flagpoles outside the station.

"Thank you for sacrificing your life for all," one message says.

"From a mother to a man in blue, our hearts are with you," said another.

About 70 people stood for a minute’s silence outside the Invercargill Police Station. PHOTO: LAURA SMITH