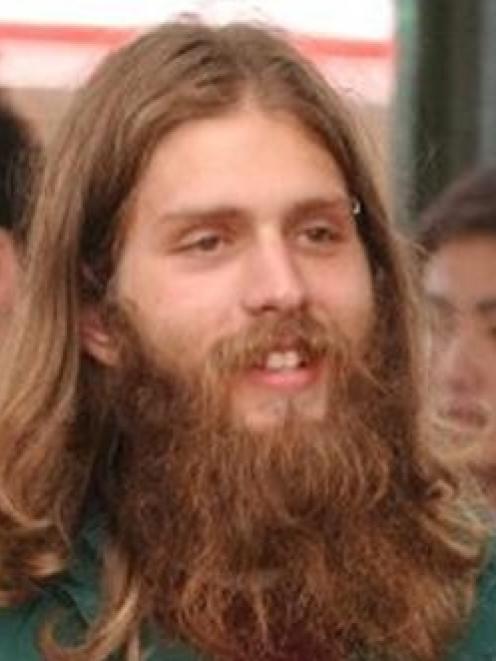 Abe Gray
Police have made good on a promise to crack down on marijuana smokers on the University of Otago campus, arresting a student and issuing two people with trespass notices at a regular cannabis-smoking protest yesterday.

And it will not be their last visit, police have promised.

A 35-year-old student was arrested during the meeting and charged with possessing cannabis and a cannabis pipe. Two 17-year-old youths were issued trespass notices banning them from the university for two years.

A school pupil in uniform was seen among the group.

Last week, police threatened to clamp down on the meetings, saying there was evidence they were being infiltrated by gangs and convicted drug dealers.

Police were fed up with the group continually thumbing its nose at the authorities, Inspector Dave Campbell said.

A university spokesman said the university had increasing concerns about the group and had asked police to do something about it.

Otago Norml leader Abe Gray said last night club members were not happy about what they believed was a "gross misuse of police resources".

He questioned police grounds for issuing trespass notices and debated whether one of the 17-year-olds was smoking cannabis.

Sgt McLellan said police had issued the teens with trespass notices because they believed they were there with the intention of associating with the protest and smoking cannabis. Mr Gray said members were disappointed with the university's stance on the matter.

"If the university is going to act in a heavy-handed manner towards people who are prospective students just because they don't like the way they dress or they are scared they are going to smoke marijuana, then they won't come here at all."

He said the 4.20 club would not be intimidated and would continue to meet as usual.