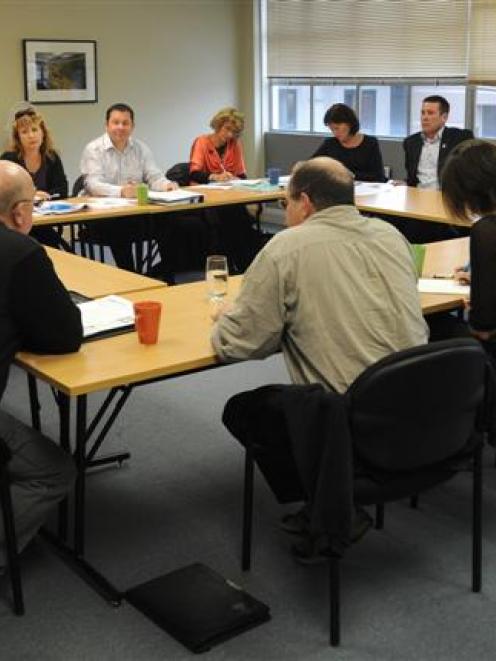 A meeting was held at the Otago Chamber of Commerce yesterday to discuss the next move following KiwiRail's decision to prohibit Hillside Engineering from submitting a tender for part of the $500 million contract to build 38 three-car electric multiple units and 13 electric locomotives.

Following the meeting, Mr Christie said those at the meeting knew Hillside had won a contract to deliver 20 carriages for operator Tranz Scenic, but it did not overshadow the intent of the meeting.

"I don't think people understand what we can do here in New Zealand. So, we are doing a capability report to send to tenderers, to let them know exactly what we can do.

"There's a huge amount of capability in Dunedin that is still untapped," he said.

The group set wheels in motion during the meeting yesterday in its bid to win at least some of the work involved in the Auckland electric rail units tender.

A letter was drafted to KiwiRail chief executive Jim Quinn, asking him to give serious consideration to "a Kiwi content provision" in the tender documents.

Another letter was drafted to Minister for Economic Development Gerry Brownlee, asking for his assistance through the industry capability network to look at helping the group prepare a capability assessment report.

Mr Christie said the group was keen to communicate New Zealand's capabilities to build components of the trains and he believed there were various scenarios in which Dunedin and New Zealand could be involved in construction.

There was also the possibility the trains could be built off-shore and sent to New Zealand in kitset form, to be reassembled at Hillside, Mr Christie said.

"We may also be able to get maintenance contracts for the trains which would ensure they have a significant 'whole-of-life' benefit."

The group would continue to meet weekly.