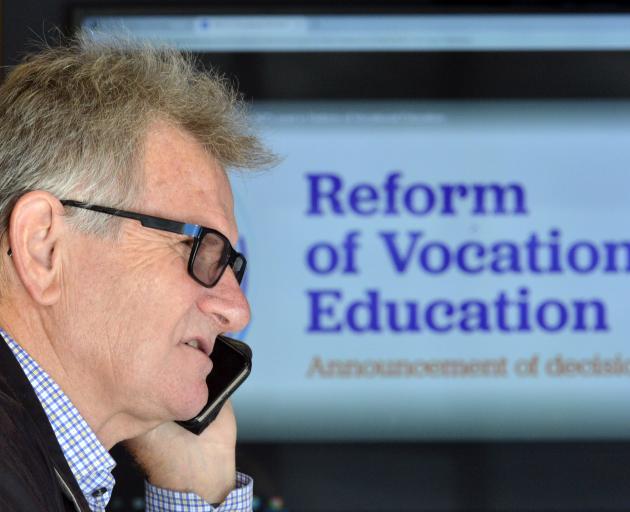 Otago Polytechnic chief executive Phil Ker. Photo: Gerard O'Brien
Building Otago's relationships with local runanga and other community players will be crucial during the next two and a-half years if the polytechnic is to survive, the head of Otago Polytechnic says.

Polytechnic council members held their monthly meeting on the Puketeraki marae in Karitane yesterday, where they were hosted by runanga - and released their report into Maori staff and student satisfaction and performance.

Mr Ker told runanga members and council members the idea of gaining community support was essential so the polytechnic could "continue to be us".

The polytechnic would need to be "more cohesive with our runaka than ever before".

Mr Ker said he was pushing for the Government to retain its transitional parent-subsidiary model once the two-year trial period was over, rather than Otago Polytechnic being absorbed by the New Zealand Institute of Skills and Technology - and it was not enough the polytechnic was performing well now.

"We are going to need to have earned [our independence] all over again. The annual report in two years' time will be the one that's important.

"The other risk is that there is a head office, and the head office will have authority."

Among other statistics for Maori students and staff, 100% of staff who identified as Maori said they were proud to tell others they worked for Otago Polytechnic - compared with 97% of non-Maori staff.

Polytechnic tumuaki whakaako Ron Bull said indigenous student exchange programmes with institutions in Canada and the US already existed, and he was looking at setting up a staff exchange in December.