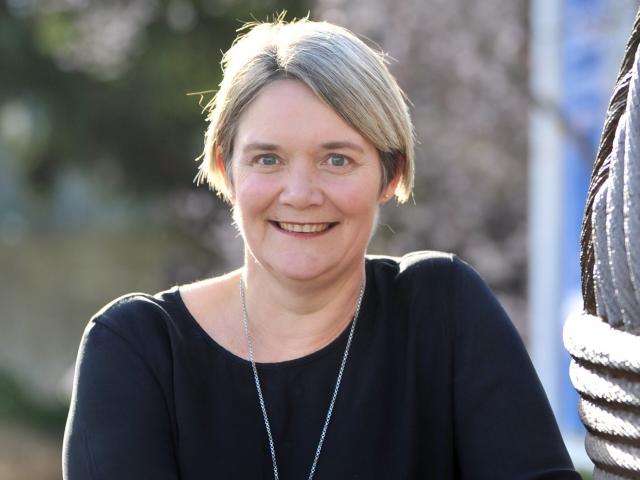 Megan Gibbons. Photo: supplied
Otago Polytechnic has revealed its ambition for a purpose-built wildlife hospital and visitor centre in Dunedin.

Chief executive Megan Gibbons said it would bolster the city’s reputation as a world leader in veterinary science for native wildlife, and ecotourism.

With a "concerted fundraising programme", the polytechnic would be able to pay for the building where the current Dunedin Wildlife Hospital was located, Dr Gibbons said.

She asked the Dunedin City Council to set aside $50,000 next year as part of its ongoing long-term planning.

The funds would pay for initial work to confirm a construction budget and cover professional fees to complete concept design.

"This is something that is unique to our city and supports the importance of our native wildlife as part of who we are and what we are responsible for looking after," Dr Gibbons said.

At present, the Dunedin Wildlife Hospital Trust and the polytechnic’s partnership was strong, she said.

Vet nursing programmes had placements at the wildlife hospital "to learn from the best", Dr Gibbons said.

The polytechnic had recently completed higher level qualifications to make sure vets had access to specific learning about native wildlife, in particular birds.

The hospital and visitor centre would add to Dunedin’s existing ecotourism operations such as Orokonui Ecosanctuary, the Royal Albatross Centre and Penguin Place, she said.

The council is also a partner of the wildlife hospital trust.

It has provided three years of grant funding at $50,000 a year beginning in 2018-19 when the facility opened as a full-time operation.