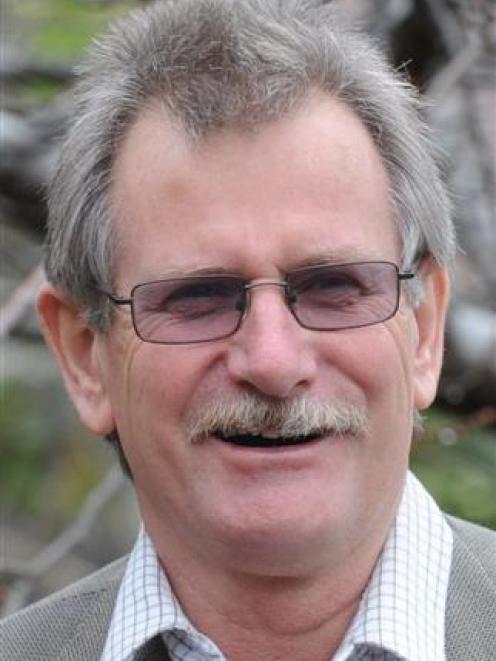 Phil Ker
The Otago Polytechnic has stepped in to remind community groups they have free rooms, following the Dunedin City Council's struggle to offer the Skeggs Gallery for such purposes.

He understood the situation the city was in, and was keen to help.

Mayor Dave Cull yesterday praised the generosity of the move, but said the Skeggs Gallery would still be needed.

Mr Ker was responding to a report in the Otago Daily Times this week, about a debate at the council on Monday about Dunedin Venues Management Ltd (DVML) having control of the Skeggs Gallery, and the potential loss of access for community groups.

The council agreed to put a proposal out for public consultation to provide an extra $20,000 to allow access to the well-used function room.

The issue arose after DVML, a council-owned company, was given the responsibility of running the Forsyth Barr Stadium, the Dunedin Centre, the Municipal Chambers and town hall complex, and, in future, the Edgar Centre.

DVML took over the room following the redevelopment of the Municipal Chambers.

Before that, council departments and community groups had access at little or no cost.

Mr Ker said in a letter to the editor of the ODT the polytechnic would "provide free access to rooms to community groups for community purposes". "This includes classrooms, meeting rooms and computer rooms when not in use by the polytechnic.

"There is usually always space available after hours and we have excellent food services to provide for catered meetings or workshops."

He said yesterday free access for community groups had been a policy at the polytechnic for the past eight years. Clubs like Rotary had used the facilities, and "all sorts" of other groups.

"It's built into our whole philosophy," he said.

"It's part of what we see as our commitment to our community."

After reading about the debate, Mr Ker said it was "crazy" if groups were in need of facilities, and the polytechnic had them to offer.

Mr Cull responded yesterday the move was "indicative of the polytechnic's community spirit and generosity".

"However, even if community groups avail themselves of the offer, there will still be a need for some to use the Skeggs Gallery.

"Effectively, any budget to subsidise groups' use of the Skeggs would come back to council through DVML."