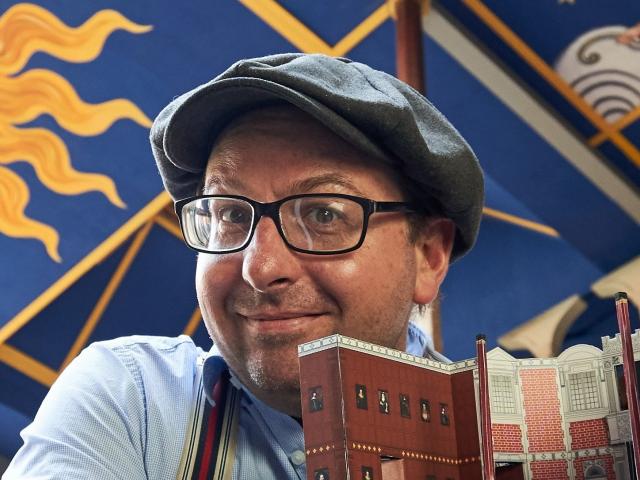 Miles Gregory
The Pop-up Globe is headed to Dunedin to give the city a taste of Shakespeare, without its building but with its 17th-century aesthetic.

The Pop-up Globe is a temporary working replica of Shakespeare's theatre, and has been a hit in Auckland and cities in Australia.

The Auckland company behind it has announced plans to take productions of Hamlet and Measure for Measure to seven New Zealand cities this year.

Dunedin is first on the list in late June, with the production booked in at the Regent Theatre.

Founder and artistic director Miles Gregory said the tour was a response to requests the company had received from throughout New Zealand.

Despite the temporary Globe building not coming, the set had been designed to re-create the atmosphere of the temporary Auckland theatre.

Dr Gregory said the most important thing about Pop-up Globe shows was they mixed ''true academic integrity with playful, lively, fun performances'' that had a strong connection to audiences.

''We've built a set that's based on 17th-century indoor theatres. We know they were all about a connection to the audience.

There would be audience seating on the stage at the Regent, and actors would be involved with theatre-goers there and in the auditorium.

The show would be ''more like a party, where Shakespeare is the guest, along with the audience''.

Actors would take the performance to the audience, and fluid such as blood, water or ale would ''often become intermingled'' with them.

Tickets would be ''as cheap as possible'', something the pop-up theatre always tried to achieve.