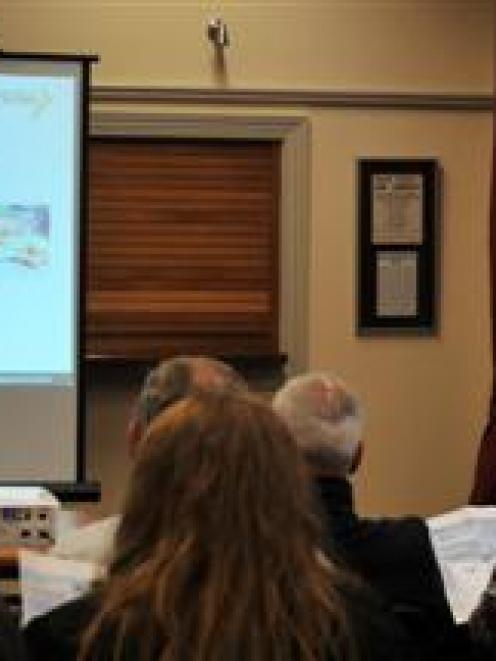 Statistics New Zealand user needs consultant Michael Berry talks about the 2013 census at the Regent Theatre in Dunedin. Photo by Jane Dawber.
About 20 Dunedin community groups were told on Thursday morning why they should encourage people to complete next year's census.

Statistics New Zealand user needs consultant Michael Berry told the meeting at the Regent Theatre said the census was important because it showed change over time.

The 1901 census asked how many domestic servants a household employed, he said.

A later census asked if the household owned a television or washing machine. Although that question had been dropped, the coming census asked about internet access.

The collected information could help determine billions of dollars of government funding in the community, he said.

The question about the number of rooms in the house helped identify regions with overcrowding, so health services could be provided to those most at risk from the spread of meningococcal disease, he said.

A common mistake in filling in the census were students writing their city of residence as their parents' address rather than the city where they studied for most of the year.

The questions most commonly bypassed were on Maori descent and iwi affiliation, which were important for Treaty of Waitangi settlement claims, he said.

The question about total income earned was also bypassed, but every question was asked for a reason, he said.

The census was planned for March so census staff had more daylight hours to work in.