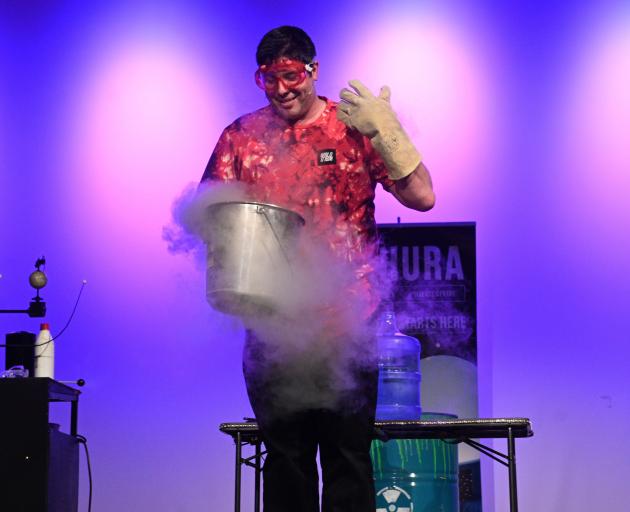 However, that stunned silence — at the New Zealand International Science Festival show in Dunedin on Saturday — was soon over.

"It went a bit bigger than I expected," he later said with a smile, saying he had been initially disoriented by the bigger-than-expected cloud.

"Explosions are really difficult to predict," he said. 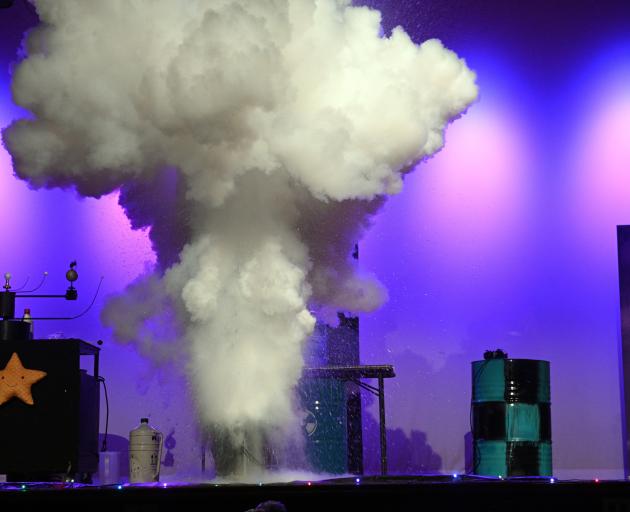 The cloud was caused by pouring boiling water into a bucket containing some liquid nitrogen.

He worked closely with co-presenter Katherine Kennedy, whose stage name was Alice.

The show was another chance to show that science was fun, and something young people could do well.

Science also had a crucial role to play in helping solve problems, such as fighting the Covid-19 pandemic, and improving life on Earth. 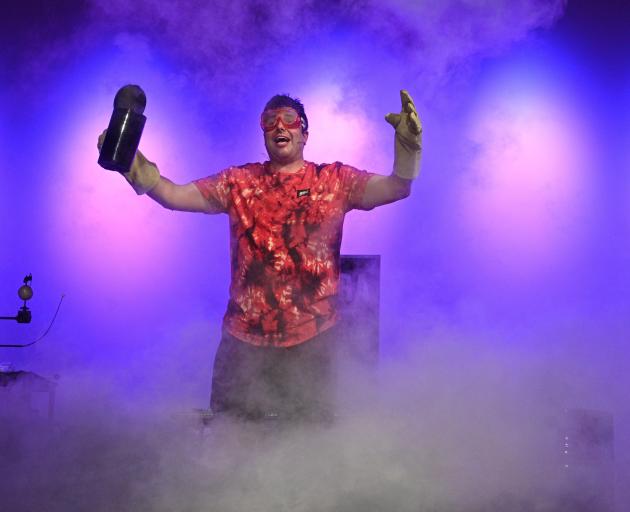 Mr Enriquez Ballestero said that after 20 years of science presentations, this was his first time on a big stage, at the University of Otago’s College of Education Auditorium, in front of about 300 mainly young people.

He was grateful for all those who had come along to the more than hour-long show.

- Festival director Dan Hendra said the festival’s first day had been "great". It had featured the auditorium science show and a high-powered panel discussion on Covid-19, including Prof Michael Baker, of the University of Otago’s Wellington campus.

Hard work and a good team effort had been needed to bring together the 70-event festival, which runs until July 12, after the disruption caused by the coronavirus pandemic and lockdown.