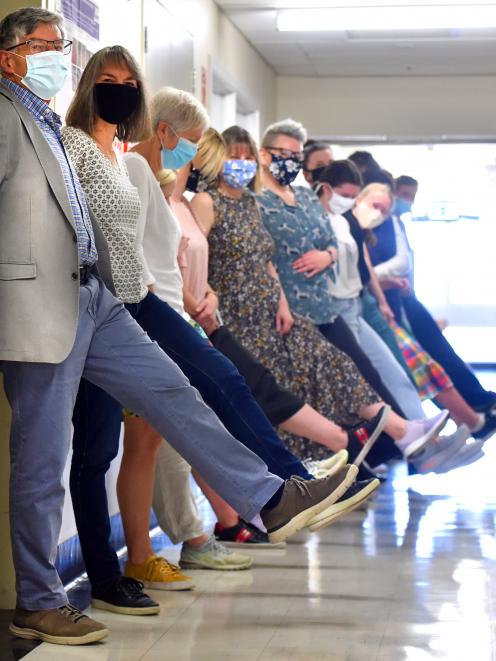 Staff at the Edgar Diabetes and Obesity Research Centre were encouraged to wear their most colourful sneakers for Diabetes New Zealand’s inaugural Sneaker Friday yesterday, to raise awareness about the preventable effects of diabetes.

Sneaker Friday places particular attention on the harm that can be avoided by proper footcare for those affected by the disease.

Centre co-director Prof Jim Mann said there were differences in the causes and treatment of type 1 and type 2 diabetes, but people with either might experience foot complications, which were largely preventable.

Diabetes was the most common cause of non-traumatic amputations in New Zealand, and resulted in 600 avoidable amputations a year.

Diabetes was ‘‘terrifically’’ underfunded in resources in New Zealand

‘‘I think one of the reasons why that is, is because it’s not seen to be as dramatic as heart disease. You know, you don’t have somebody who suddenly clutches their chest and then gets admitted to a coronary care unit ... it doesn’t seem to be as awful as cancer.’’

Despite this, he said the medical and economic figures really showed why awareness and funding was so important.

Diabetes Action Month involves a range of initiatives, including a celebration of 100 years of insulin being available for those affected by diabetes.