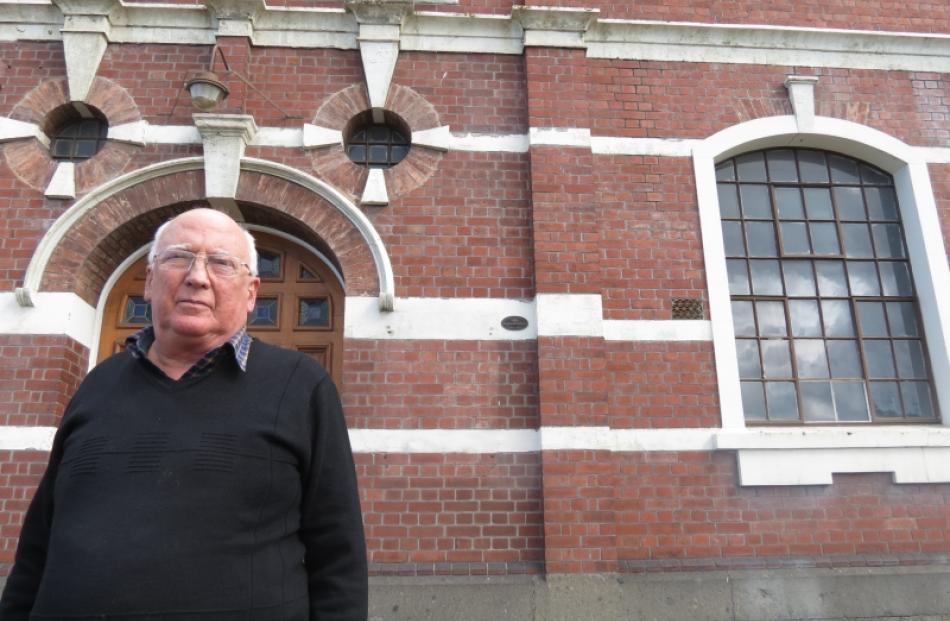 Dunedin Prison Charitable Trust chairman Stewart Harvey is waiting on a conservation plan to show the next step forward in restoring the Dunedin Prison. Photo by Jonathan Chilton-Towle.

The Dunedin Prison is open for business again but is waiting on a conservation plan before any renovations can proceed.

The Dunedin Prison Charitable Trust, which purchased the prison in 2011, has started its season of public tours.

Trust chairman Stewart Harvey said the trust was currently waiting for Sydney-based heritage consultants Chris Betteridge and Margaret Betteridge to present the consultation plan they had been contracted to do on the prison.

The plan was expected at the end of the month.

''We really want to make the prison into a world-class unique experience for tourists,'' Mr Harvey said.

There were plans to rent out parts of the building for commercial use, as accommodation, or even use as a backpackers, but Mr Harvey said this was all ''pie in the sky'' until the conservation plan was done.

So far, the trust had re-glazed the prison windows to keep out pigeons, Mr Harvey said. Efforts had also been made to clean up pigeon droppings inside the prison and pigeons inside the building had been trapped and destroyed.

The conservation plan would set out what else needed to be done to the prison and how much it would cost.

In the meantime, Mr Harvey hoped to capitalise on tours, especially with the cruise ship season approaching.

The tours were run by volunteers, two of whom had formerly worked as guards in the old prison.

Mr Harvey believed it might be necessary to find more guides if the demand for tours continued to increase.

Dunedin Prison is recognised internationally as a rare example of a purpose-built Victorian courtyard prison. It closed in 2007.

The Dunedin Prison Charitable Trust was formed in 2010 to raise enough funds to restore the prison, converting it into a major community asset, tourist attraction and educational resource.

The trust is currently working to raise $2.6 million to complete the refurbishment of the courtyard into an outdoor dining and gathering space, establish world-class tour experiences, and convert the warden's offices into office and venue hire spaces.