By Emma Perry
0 Comments
The restoration of the former Dunedin Prison has received an added boost.

A $100,000 donation has been given to the Dunedin Prison Charitable Trust, as it works to define the future of the building.

Dunedin Prison Charitable Trust chairman Owen Graham said the donation would go towards beginning the reroofing of three cellblocks, and repairing and repainting the cellblock windows and exterior.

"The whole project has been costed at around $660,000, so we are very grateful to the Dunedin Heritage Fund for such a generous donation.

"All our planning is now geared toward raising the funds so we can commit to a work start date in September or October."

Last May, 15,500 roof slates arrived at the Dunedin Prison, ready to be installed. Mr Graham said the former prison had an undetermined future.

"We’re always looking for the right idea for the prison.

"It’s a building that has a disturbing past but a future that could be bright." 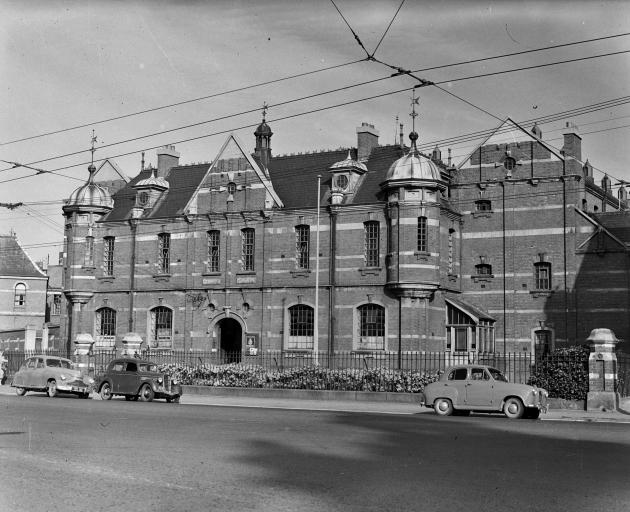 The prison as it looked in the 1950's. Photo: ODT files
A rebranding of the former prison at the end of last year renamed the building the Dunedin Gaol, to pay homage to its history.

Plans for the restoration, once further funding was secured, included the construction of two gateposts in front of the building, replicas of the architect’s original drawings in 1892, Mr Graham said.

Community involvement in understanding the significance of the building and what the restoration involved was important, he said.

The trust will hold the Dunedin Gaol — Summer Bites Food Truck Nite on January 31, for the community to have the opportunity to visit the former prison, sample street vendor food and take pre-booked guided tours of the prison.