While insects, arachnids, myriapods and worms can make some people scream hysterically and ''go all stompy'', University of Otago Catchments Otago research fellow Cynthia Winkworth is encouraging a new generation of school pupils to welcome them and even build hotels for them to live in.

Dr Winkworth has been working with about 200 pupils from Abbotsford, St Francis Xavier and Green Island Schools for the past year, as part of the Otago Participatory Science Platform project.

The project is funded by Curious Minds - a Government initiative which has a 10-year goal of encouraging and enabling better engagement with science and technology for all New Zealanders. 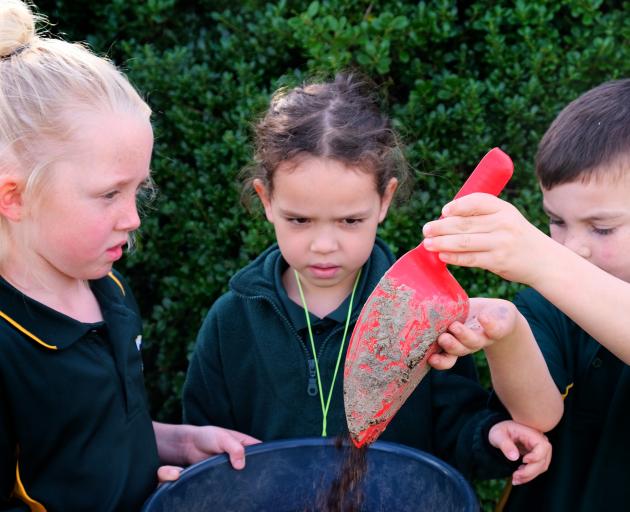 She said the pupils had been investigating eco-systems within their school grounds and parks around Dunedin, and they had been comparing what they had found with what could be found at the Orokonui Ecosanctuary.

''And as part of their communication goals, they created a flyer on how to build bug-friendly hotels at home and encourage invertebrates to move back into urban areas.''

The flyers were distributed at the recent Make a Change Expo, held as part of the Wild Dunedin Festival.

''They're basically trying to get other kids and grown-ups to appreciate that they can make small changes at home to help the invertebrate community, which will then in turn help the bird community.

''This is designed to help engage young minds and thinking about ecology and starting them on that trajectory of seeing science as something that everyone can be a part of.''