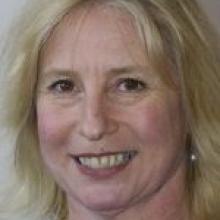 Glenda Alexander
Citibus drivers reassured as recently as two days ago they were not facing redundancy if the company is sold have been asked to consider pay cuts, reduced hours and significant roster changes, a Dunedin trade union leader says.

The drivers were "understandably concerned" about the mixed messages they were receiving, Glenda Alexander, industrial adviser for the New Zealand Nurses Organisation and convener of the Otago Combined Trade Unions (CTU), said last night.

"You can't help feeling sorry for them. They have been told there will be no redundancies, but these changes might be so significant they can no afford to longer stay with the company."

More than 65 drivers were given a letter yesterday saying the company wanted to change the terms and conditions of their employment, she said.

She did not know whether administration staff received similar letters.

The letter proposed paying overtime at normal rates and allowing the company to reduce the number of hours drivers worked each week, change what time of the day and which days of the week they worked.

Drivers did not know what the impact of the changes would be and feared it would mean less work and reduced take-home pay, she said.

"These guys are on about $14.50 an hour, not much more than minimum wage. They can't afford to have their hours, overtime or overtime pay rates cut."

Some drivers worked specific hours or days to fit in with family commitments and having their rosters altered would be difficult or impossible for them, she said.

Last month, Citibus learned it had lost about 20% of its business to rival Ritchies, which won several passenger services tendered by the Otago Regional Council. Ritchies will take over the routes on July 1.

New Zealand Tramways Union Dunedin branch president Bill Simpson, who is a Citibus driver, said 10 drivers could be made redundant.

This week, DCHL chief executive Bevan Dodds confirmed Citibus was for sale. He said a key negotiating position with a prospective purchaser would be the retention of drivers and other staff.

Drivers had been given two weeks to comment on Citibus's latest proposals, Mrs Alexander said. The CTU would be supporting tramway union members "at a time of vulnerability and insecurity".