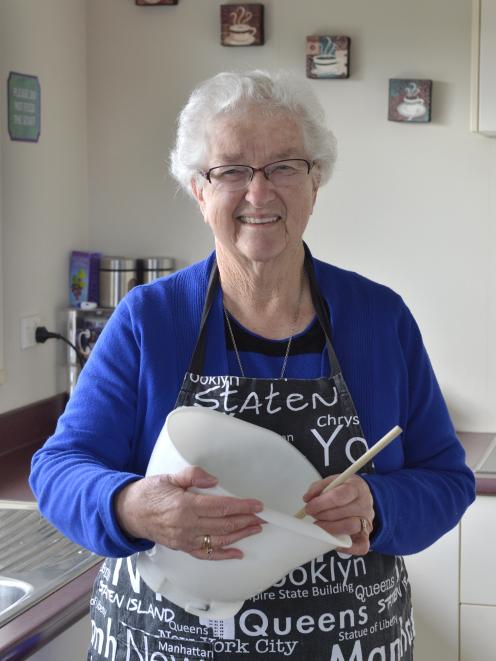 Mr Strathern said the parcel could be from anywhere in Otago, but the cake maker was likely an older woman and experienced cake maker - "probably someone like my mum'' - and could well be from Dunedin.

Hilda Chalmers (81), of Mosgiel - "a very proud Nana'' - saw the cake mystery story in the paper on Saturday, and contacted Mr Strathern via email.

"Thank you so much for your writeup in today's ODT re the sultana cake,'' she wrote.

"You are right - I am old enough to be your mother, and have enjoyed baking since before you were born, I would say.

"The cake was for my grandson who is at university in Christchurch,'' she added.

Mr Strathern was pleased to get the correct address, and the positive response that came with it was the icing on the cake.

He put the parcel on a New Zealand Post truck to Christchurch on Sunday, and sent it to Mrs Chalmers' grandson, Scott Christie, who began his studies at the University of Canterbury this year.

The cake was likely to have arrived about noon yesterday.

Mrs Chalmers said she had a tremor in her hands, and wrote the address and return address on sticky labels at home and attached them to the bag before posting.

New Zealand Post said the labels were likely to have fallen off in transit, and recommended writing address details directly on posting bags.

Mr Strathern was pleased his inquiries had borne fruit, and that there had been a fruitful and generous slice of luck.

New Zealand Post Group chief executive David Walsh was pleased that going the extra mile to get the parcel to its destination had proved successful.