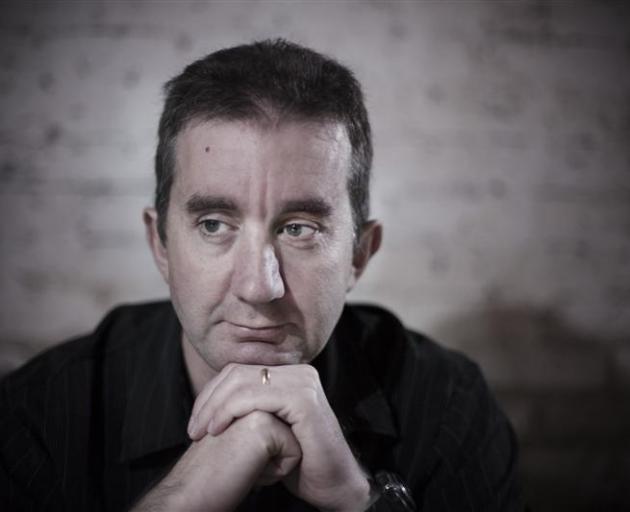 Nigel Latta has spent the past 17 years working with child sex offenders, rapists, murderers, and violent offenders. Photo by Denis Vierra.
Early intervention is crucial to safeguard children and to protect society from criminal psychopaths who have been damaged by a dysfunctional upbringing, clinical psychologist and author Nigel Latta said yesterday.

Mr Latta, who featured in the television series Into the Darklands, gave a lively and wide-ranging talk yesterday on "Nature versus Nurture: Are we born bad or raised bad?" on the second day of Dunedin's latest New Zealand International Science Festival.

More than 200 people attended the lecture at the University of Otago's St David lecture theatre.

Violent crimes, such as rape and murder, often partly reflected a combination of both genetic factors and a traumatic childhood, but violent offending was not inevitable.

Even the most damaged individual still had a choice about whether to pull the trigger, he said.

Mr Latta highlighted research conducted by the University of Otago's Dunedin Multidisciplinary Health and Development Research Unit and the University of London, involving a group of 442 male children followed from childhood to adulthood (26 years) -154 of who had been maltreated as children.

The world-first research showed that about 85% of the severely maltreated children who had low levels of a protective enzyme, MAOA ,developed antiscocial behaviour, including convictions for violent crimes.

However, few of those with a gene producing high levels of MAOA developed antisocial behaviours.

Early intervention to help at-risk children before the age of 5, and their families, was crucial and Government funding should be diverted to ensure this happened, Mr Latta said.

He noted that Supergrans groups in Dunedin and elsewhere in the country were providing education and support for families in matters such as cooking, cleaning and child care.

More of this practical support and more efforts to identify at-risk children were needed, he said.

•Mr Latta, who now lives in Dunedin, was born in Oamaru and has a BSc and MSc in zoology from Otago University, and also has two qualifications, including in clinical psychology, from Auckland University.