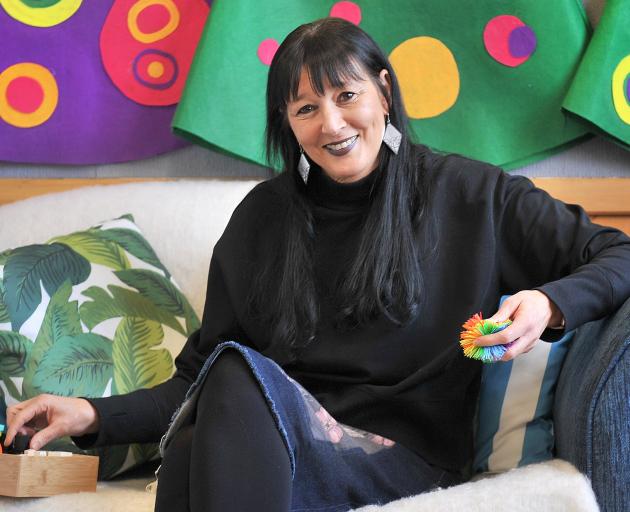 Sitting in the Whaiora Room at Otago Girls’ High School, one of the many spaces used for her bicultural therapy project, is head of guidance counselling Kirsten Taylor yesterday. PHOTO: CHRISTINE O’CONNOR
A new blend of psychotherapy and Maori techniques has helped pupils deal with trauma at a Dunedin secondary school and the woman behind it wants it to be rolled out nationally.

Otago Girls’ High School head of guidance counselling Kirsten Taylor said she was inspired to undertake the project after the complex psychology of girls became more apparent during the Covid-19 lockdown.

Her project was chosen from about 180 applications.

Twelve Otago Girls’ High School pupils between 13 and 17 years old participated in seven therapy sessions which used both psychological talk therapy and Maori techniques, such as massage therapy and song.

Trauma stored itself in the body and it often took bodily activities to release, she said.

Psychotherapy was good, but the combination gave the pupils a wide safety net and built strong relationships, which helped a lot with suicidal thinking.

After the initial sessions they participated in a two-day workshop at Puketeraki Marae in Karitane, which looked at their connection to community, spirit, body and their own mental wellbeing.

All 12 participants reported a renewed sense of hope and were able to articulate achievable and fulfilling visions of the future. They had reduced post-traumatic stress symptoms, fewer depressive or anxiety-related symptoms and improved self esteem.

Three pupils moved away from harmful caregivers and three discontinued harmful friendships in favour of healthier ones.

Once they learnt the processes and had gone through the workshops, the girls brought members of their family along and taught them the techniques.

‘‘Having their families involved was pivotal in how well these young people have healed.’’

The senior pupils had longer-lasting success than the juniors, but all the pupils improved in terms of health and wellbeing.

All of the participants felt more encouraged to seek help, which was a major success, she said.

The pilot project was fantastic and once she achieved her masters in counselling she would try to secure more funding.

She hoped to work with secondary schools around the country and continue helping girls with their mental health.