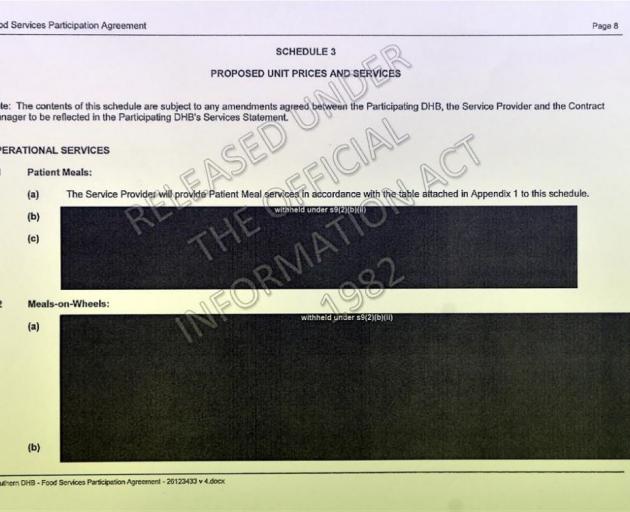 After the release of hundreds of heavily redacted pages of the Compass Group-DHB food contract, the public is none the wiser about whether it got a good deal, Dunedin South MP Clare Curran says. 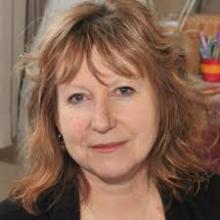 Ms Curran said the outsourced food contract was unpopular with the community and encountered significant problems at Southern.

The contract documents provided no certainty about how problems would be dealt with, and exactly what the DHB had signed up to was unclear.

The public was also still in the dark about exactly how much money would be saved.

She understood the need to hold back some information, but the redactions were excessive, especially around KPIs.

"It feels as if under this contract meal provision has moved away from a modern healthy locally based system to more that of a Third World country.''

Ms Curran was part of a group dubbed the Real Meals Coalition set up by the Labour Party and others to pressure the Government and Southern DHB over problems in the new food service.

The group has gone quiet lately, but Ms Curran rejected a suggestion it had disbanded, and said a public meeting was still planned in Dunedin to present a petition to the health board.

The Otago Daily Times has been seeking the contract signed by Southern DHB since April, and its release has been delayed twice.

The contract shows Compass must agree with individual DHBs on the conditions for acquiring kitchen assets, and on how to share staff cafeteria revenue.

While menus have been withheld, nutritional information shows each patient is entitled to three pieces of food every day, one of which must be fresh.

Compass had to lodge a "transition bond'' against which the DHBs can make claims if there are serious issues in the first phase of the contract.

The contract was drawn up by law firm Simpson Grierson, where former health minister Tony Ryall is now head of public policy.

"Simpson Grierson drew up the contract in 2014. Tony Ryall had no involvement.

"To the best of my knowledge he didn't join Simpson Grierson until 2015,'' an NZ Health Partnership spokesman said.

The proposal struck trouble because of DHB resistance, but survived in a modified form adopted by Southern and five other health boards.

HBL was criticised for not working well with DHBs, and its replacement, NZ Health Partnerships, is owned by and works more closely with DHBs.

NZ Health Partnerships said it was still reviewing parts of the contract and consulting with Compass, and would release more information in due course.