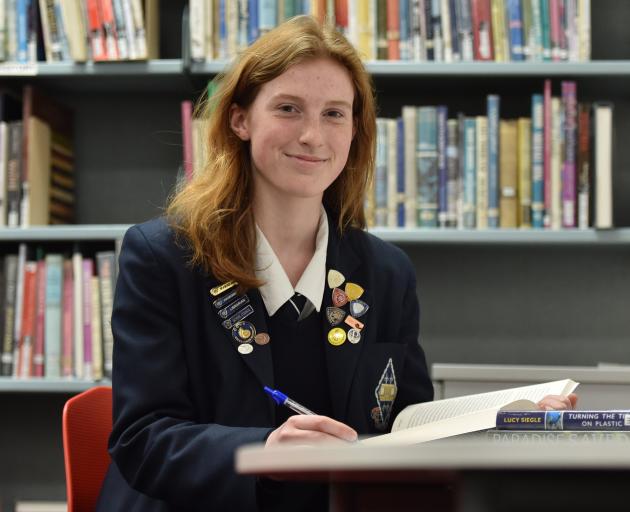 That was the message behind Henrietta Finney Waters’ latest essay, which has won the prestigious 2021 Charles Brasch Young Writers’ Essay Competition.

It highlights the importance of adaptation in New Zealand’s response to climate change.

"It’s about the need for us to include measures for adapting to climate change, instead of just focusing on mitigation which is reducing the amount of greenhouse gases we’re putting into the atmosphere," Henrietta said.

"We should be preparing communities and environmental areas for the impacts of climate change.

She said a good example was the coastal plan which had been put in place by the Otago Regional Council.

"It takes a massive stretch of the Otago coastal area and the communities that surround it, and looks at how we can adapt to the erosion and rising sea levels that are already happening."

The widely praised essay had strong competition from around New Zealand.

Henrietta said she was surprised to win the award because she was an Otago Girls’ High School year 12 pupil competing against not only senior secondary school pupils, but tertiary students up to age 21.

She said she was interested in climate change as both a global and generational issue.

"I have dedicated numerous essays and school projects to it, beginning in my time in intermediate ...

"It was only natural to use the framework of this competition to deepen my own knowledge in the newly uncovered region of [adaptation] with the possibility that this could reach a wider audience."

The essay will appear in the Otago University Press magazine Landfall.