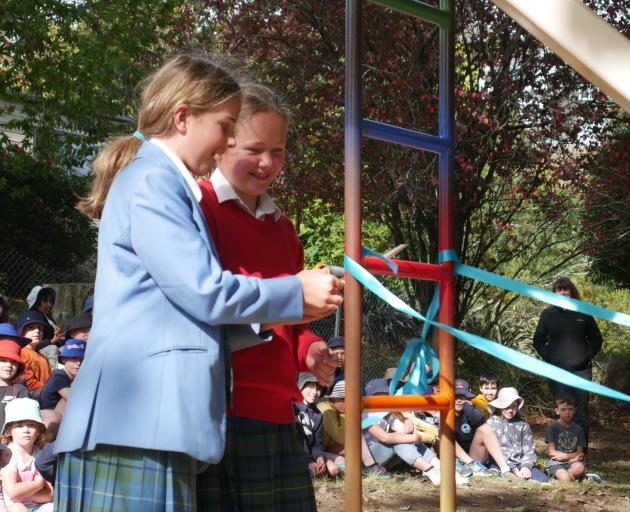 A treehouse, designed by former pupils Bonnie Wilson and Gretel Calvert, was officially opened on Monday.

Their treehouse design features a tube slide, a climbing wall, a fireman’s pole and a large game of noughts and crosses.

Many people at the opening were impressed by how similar the treehouse was to the girls’ design, even down to using the same colours.

The girls were given the honour of being the first to test the new slide.

It looked very steep, but it was fun, Bonnie said.

It made them feel pretty special to see something they designed come to fruition, she said. 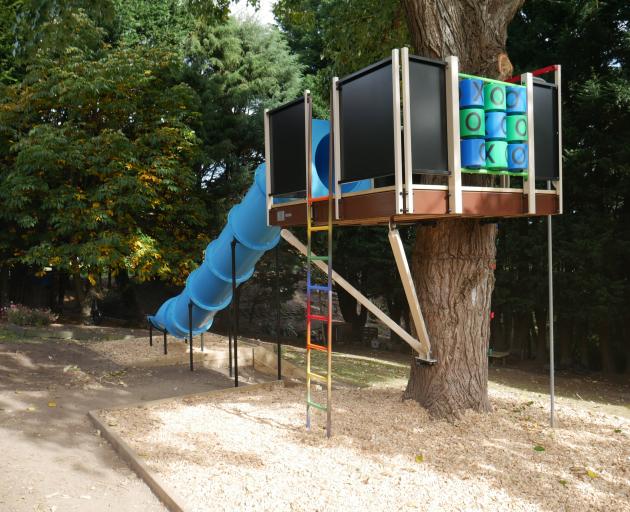 The girls enjoyed being back at the school and seeing their old teachers.

School principal Gary Marsh said since the treehouse would be in high demand, each classroom would be allowed a turn at a different time. Bonnie and Gretel’s old class, Room 5, would be first up.

The project started when Mr Marsh set the pupils a challenge to design a piece of children’s play equipment which they believed the school was lacking.

The school’s leadership team, including Mr Marsh, were given the completed designs — but not the names of the pupils who created them — and asked to choose a winner.

All the designs were amazing, so it was a tough decision, Mr Marsh said.

After Bonnie and Gretel’s submission was chosen, they worked with the team at Allcor Fabrication to tweak the design.

Mr Marsh was thrilled to see the treehouse finished.

Funds for the $49,000 project were raised from the school’s 2019 fair, the Parent Teacher Association, and a Lion Foundation grant.