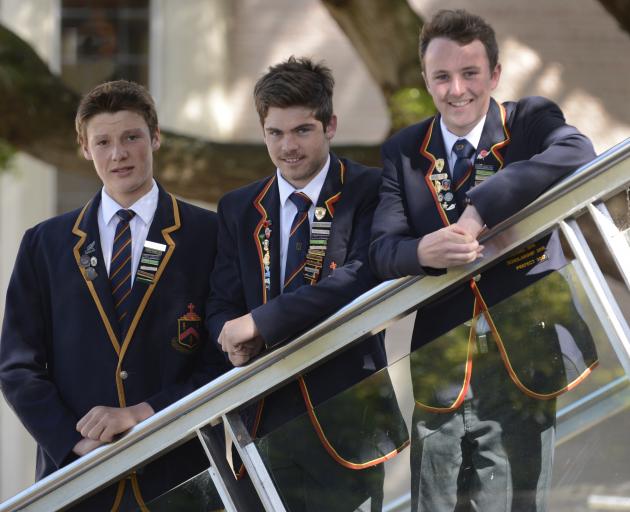 The day has come when nearly everyone knows someone who has diabetes.

So when it came time to find a cause to raise funds for, the Edgar Diabetes and Obesity Research (Edor) centre at the University of Otago was top of their list, followed by the Otago Rescue Helicopter Trust.

They recently raised more than $3000 by running/walking the Greenstone Caples loop and the Hollyford track over three days, as part of their McGlashan Challenge.

The college rewards senior pupils who have participated in a remarkable, challenging, courageous and generous activity with a sterling silver McGlashan Challenge ring - the only jewellery permitted with the school's uniform.

But Mitchell said the real reward came from raising more than $3000, which was divided between the Otago Rescue Helicopter Trust and the Edor centre.

He said there were times when the trio questioned whether the challenge was just too hard, but the thought of family members with diabetes kept them going.

``We wanted to help them if we could, and when we found the Edor programme, we thought it was a good way to support the community in a way that's close to home.

``During the challenge, we thought about the people we could potentially be helping down the line.

``Anything that we could do to make them healthier while they are young, and anything we can do to reduce the burden on them to make their quality of life better, that's the holy grail.

``While we wait for cures, technology is going to come in and fill the gap.''

Dr Wheeler said teenagers were the group that struggled the most with type 1 diabetes, and he was delighted young people were involving themselves in his research.

``I think it's wonderful that people in the community, particularly young people, are showing this sort of initiative and contributing and trying to help others and help forward the science.

``This is research that translates directly into something that might help patients.

``It's not theoretical. This is right at the coal face.''