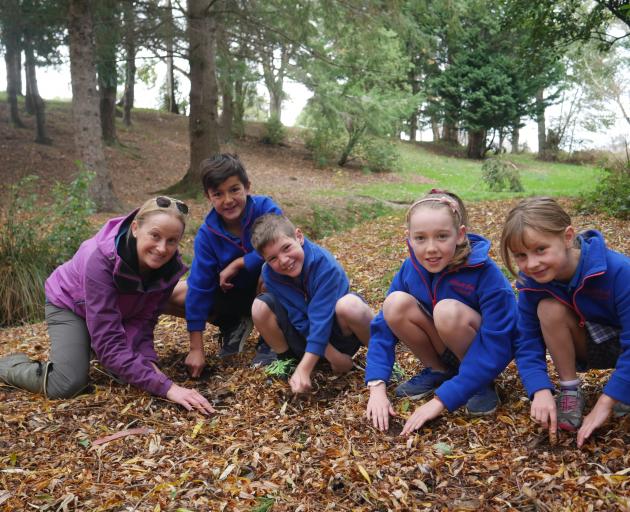 A hands-on science project is making its way into Dunedin primary school classrooms via an ancient worm that once delayed widening work on State Highway 1.

Researchers from Catchments Otago, a University of Otago Research Theme, will conduct a year-long study into the peripatus, an ancient velvet worm.

They received a $20,000 grant from the Otago Participatory Science Platform to work with primary schools.

The idea was for pupils to investigate what made a good habitat for invertebrates and how that would affect invertebrate biodiversity, she said.

It would be based around the peripatus, which was "special'' to Dunedin.

Pupils would investigate their school grounds, urban Dunedin and Orokonui before creating flyers on how to develop invertebrate/insect-friendly habitats at home, she said.

The goal was to increate available habitats for the peripatus.

"If we are able to help increase habitat spaces for it across Dunedin then that obviously will feed into improving conservation efforts for the organisms.''

A peripatus. PHOTOS: UNIVERSITY OF OTAGO DEPARTMENT OF ZOOLOGY
Catchments Otago approached Green Island, Abbotsford and St Francis Xavier schools, which were all keen to get involved.

The schools were chosen because of their diverse range of environments.

"They are also willing participants,'' she said. "They are schools that want to bring more hands-on, real world science into their classrooms.''

The project was a good way to ease science into the classroom while working with teachers to make sure it fitted with the pupils' abilities.

It could be integrated into the curriculum so teachers could continue to teach it in future.

Schools were "absolutely thrilled'' to be involved and pupils would start in term 3, she said.

In 2011, the New Zealand Transport Agency had to do extra conservation work when land in the Caversham Valley needed for a $49 million project to widen the Caversham highway was found to be occupied by the worm species.