Pushing ahead on virtual reality first 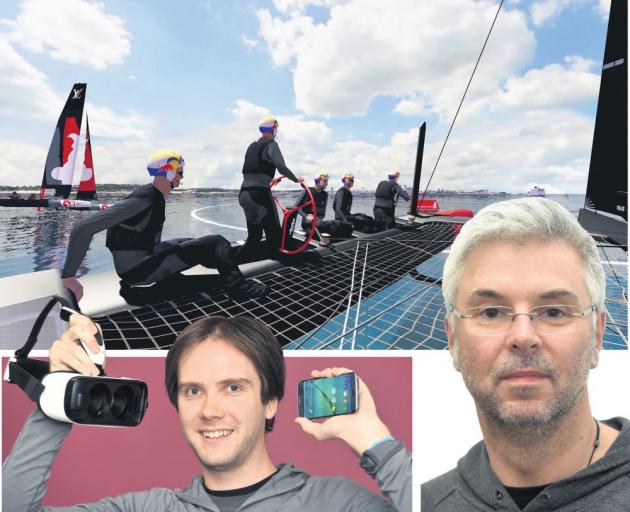 The live, high definition pictures will be taken on board the boats using a camera rig incorporating 16 video cameras mounted to a sailor's helmet.

Those images will be turned into one seamless picture by software being developed by Dunedin's Animation Research Ltd (ARL) in its Dowling St headquarters.

Those images will then be beamed into virtual reality goggles anywhere in the world, allowing viewers to sit in their homes and look around, up, down and see everything they would see if they were on the boat themselves.

The camera technology already exists, as do the goggles, but the software tying the two together has been the sticking point.

And it is there the race is on to unlock the virtual reality world.

ARL staff emphasised yesterday the technology was not ready yet, and that there was a chance other firms - Google was in the race, too - could beat them to the punch.

The main obstacle was figuring out how to split a single picture into two slightly different pictures, one for each eye, to work with the binocular goggles, Mr McNaughton said.

''We're making something that everybody interested in this in the world is currently trying to make. And no-one's solved the problem.

''There are people in universities all over the world investigating it. Google's trying. And we're still in the early stages, but stuff's looking pretty promising so far.

''And that's what ARL does, and we've been doing it successfully for 20 years.

''We've got a bit of history solving problems along these lines.''

''The commercial opportunities for ARL are potentially huge.''

''You can be right there on the field, or on the boat, or in the car. And you can look around and see everything that's going on. It's applicable to so many sports.''

ARL was also looking at tourism applications for the technology, and other ideas still under wraps.

To showcase its ability, ARL had already made a computer-generated version of what the real footage would look like, Mr Rendall said.

That CG footage, married to Oculus virtual reality goggles, had been taken to this year's first two America's Cup World Series events in Gothenburg, in Sweden, and Portsmouth, in England.

They had been set up in VIP areas and had been stealing the show, Mr Rendall said.

Leaders in the technology world had taken notice.

''People have been wowed by it. It's the star attraction.