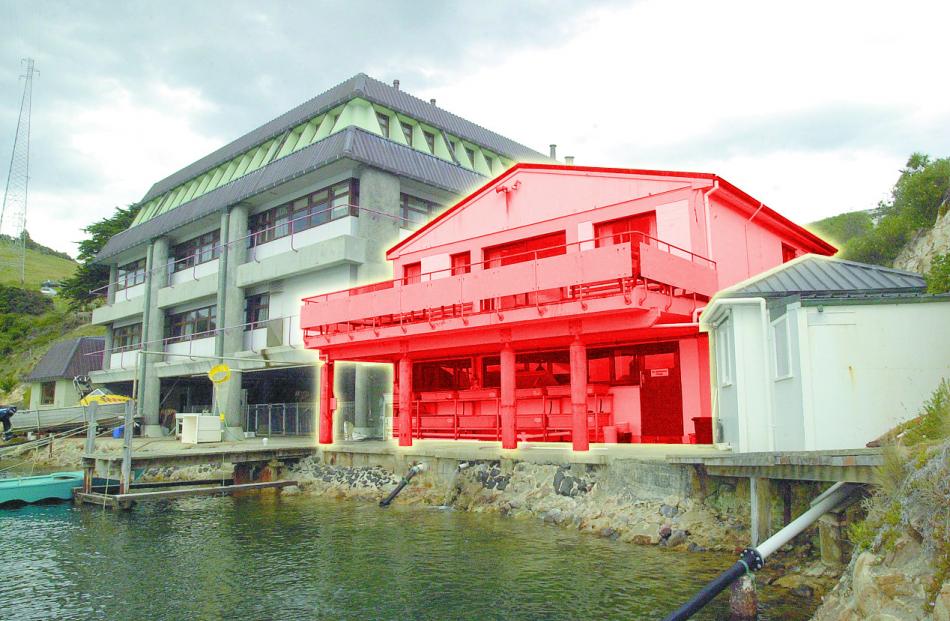 The University of Otago's public quarium building at Portobello (highlighted), which has been closed to the public because of earthquake risk concerns. Supplied photo.

The University of Otago's aquarium at Portobello has been closed to the public because it has been assessed as earthquake-prone.

The aquarium operated seven days a week and attracted about 20,000 visitors a year.

Staff were told earlier in the week and the closure was confirmed yesterday, head of marine science Prof Gary Wilson said.

The aquarium building, built in the 1960s, is the smallest of the three main buildings within the Portobello Marine Laboratory complex.

The much larger 1980s-built marine laboratory building next to the aquarium and the newer New Zealand Marine Studies Centre on the landward side of the complex, will remain open.

Prof Wilson said no redundancies were expected, as staff members also worked in other parts of the complex.

Research and schools' educational programmes would be relocated to other buildings and would continue without interruption, he said.

Asked how staff had taken the announcement, Prof Wilson said they had been understanding.

"All staff are working together to do what is required to keep aspects of the work going."

It was not known how long the aquarium would be closed, sciences pro-vice-chancellor Prof Keith Hunter said.

"I understand the public will be inconvenienced by the move. However, while options for upgrading or replacing the aquarium facility as soon as practicable are being worked through, the facility will remain closed."

The university has been carrying out risk assessments on all its buildings.

Property services director Barry MacKay said the aquarium building was found to be less than 15% of the new-building standard for earthquake strength and was closed in accordance with the university's recently announced policy to close any building rated at less than 15%.

The aquarium houses about 100 different types of fish.

Mr MacKay said equipment and tanks would remain and those parts of the building would be immediately strengthened with temporary propping and bracing to allow staff to continue caring for the fish.