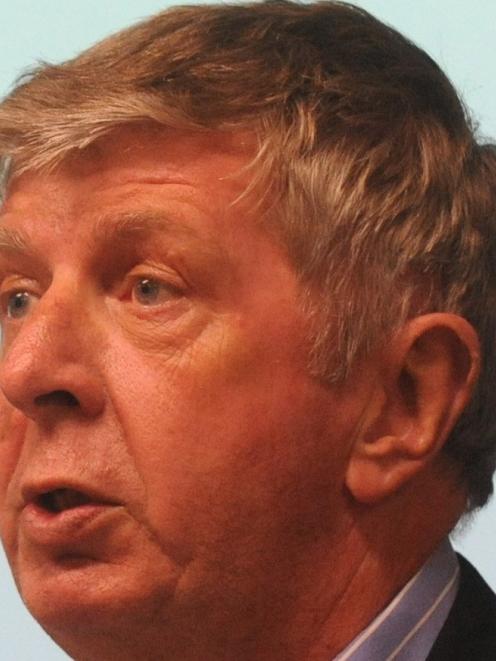 Maurice Williamson
The Government's proposals to deal with earthquake-prone buildings place too much emphasis on the earthquake risk, at substantial cost, in comparison to other risks (both natural and other) that individuals and local communities face, the Dunedin City Council says.

The comment is one of many concerns the council has expressed in its draft submission on the Building Seismic Performance Consultation Document, which is to be considered by the council's planning and environment committee tomorrow.

The committee will also consider a draft joint submission from 12 southern councils concerned about the effects of the proposals in the South.

The consultation document contains proposals to improve the earthquake-prone building system, in response to the recommendations of the Canterbury Earthquakes Royal Commission.

The proposals include substantial changes to local systems that could cost $1.8 billion in the southern South Island, according to an assessment commissioned by local councils.

They include a much greater role for local authorities in assessing buildings and much shorter time frames for either upgrading or demolishing earthquake-prone buildings.

Opposition leaders are critical of the plan, saying there is not enough information to put forward a realistic strategy.

But the Ministry of Business, Innovation and Employment, which wrote the document, points the finger at councils, citing ''poor information on the number and specific location of earthquake-prone buildings across the country, due to inadequate data collection''.

The ministry also points to failings by central government, for providing limited information and guidance to local authorities on stronger buildings.

The plan has also met with outrage from some civic leaders and landlords.

Timaru Mayor Janie Annear has described the proposals as devastating.

But Building and Construction Minister Maurice Williamson said the CERC report showed the Government had to take the issue seriously.

The minister said assessments would initially be a desk-top exercise, examining materials, design and structure, and then if an owner objected, a more detailed analysis by an engineer would be needed.

The devastation in Christchurch showed there had to be a system that struck an acceptable balance between protecting people from serious harm, and managing the cost of doing that, he said.

In Dunedin, as the proposals stand, estimated costs could involve more than $5.6 million to the city council directly and $555 million to local building owners (including the council).

The council's submission takes the view that the proposals will have a significant and disproportionate negative impact in the southern part of the South Island, where the building stock is older, growth lower, and seismic risk lower.

Some of the comments in its submission included that it did not believe it was appropriate for local authorities to carry out building assessments, because of the expertise, cost and time involved.

It also urged caution over publicly accessible central registers for seismic capacities of buildings and ideas like app-based registers for smartphones, because of the potential for badly managed data to create unnecessary fear in the public.

Chimneys and parapets did not all need to be strengthened, but where they did, the council supported that happening more quickly.

The time frames proposed were ''far too restrictive'' and would result in premature demolitions, as well as ''significant economic, social, and cultural effects on the community''.

It was keen, though, to explore greater powers for councils to ensure owners did not allow buildings to fall into such a state of repair they became dangerous, insanitary or earthquake-prone.

Southern councils are finalising their submissions before the consultation period closes on Friday. Mr Williamson said the Government would release its decision around the middle of this year.

Additional reporting by Anne Gibson, of The NZ Herald.