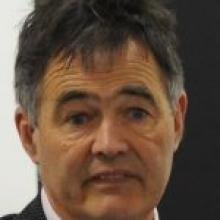 Dave Cull
Less than half of Dunedin's $250,000 fund for earthquake relief work in Christchurch has been spent, but Dunedin Mayor Dave Cull says the city has kept its pledge to support the Garden City.

Figures obtained by the Otago Daily Times showed the council has spent $99,849 of its $250,000 fund, created days after a second devastating earthquake struck Christchurch on February 22.

The quake claimed 181 lives, caused millions of dollars' damage in Christchurch and prompted Dunedin city councillors to create the fund to provide cash or in-kind support for Christchurch relief work.

Mr Cull, addressing a crowd of thousands in the Octagon the next day, also pledged the city's support to the people of Christchurch.

"We will do, we will give, we will offer and we will find whatever we can to support you," he said.

Mr Cull said when contacted this week he was satisfied with the council's efforts and the amount spent so far, which largely represented the cost of council staff, vehicles and equipment dispatched to Christchurch following specific requests for help.

More resources could also head north, drawing on more of the council's fund, should they be required in the months ahead, he said.

"If they had wanted more, we would have supplied more, so I have no issue with it at all, and I have no issue if they come back tomorrow with more requests for the rest," he said.

Dunedin's efforts were also applauded by Christchurch Mayor Bob Parker, who had only praise for Dunedin's support.

That included the offers of staff, equipment and vehicles from the Dunedin City Council, he said.

"I think that they have stood by us in a fine way and we're very grateful for the people of the South and also for the city council in Dunedin, as well.

"As far as I'm aware, we've wanted for nothing."

Details of the Dunedin City Council's spending were requested under the Local Government Official Information and Meetings Act 1987, and provided by council acting chief executive Athol Stephens after a seven-week wait.

The information showed 36 council staff had been involved in earthquake relief work since February, with the bulk of spending coming from the council's water and waste services ($49,272.54) and building control ($34,542.41) departments.

Those two departments each sent staff, vehicles and equipment to Christchurch, while other council departments - including environment health and community and recreation services - also contributed.

In addition, Civil Defence staff based in Dunedin contributed 216 hours of work towards earthquake relief work, which was not included in the figures and was at "little or no" additional cost, Mr Stephens said.

Other gestures of support made by the council, at no extra cost, included offering free Dunedin library membership to Christchurch residents - accepted by about 50 people - and free access to Moana Pool.

The council also established a Christchurch Embassy in the Dunedin Railway Station in the aftermath of the earthquake, staffed by volunteers and supported by computer equipment, furniture, signage and other donations made by Dunedin businesses and council departments.

The information released did not include other offers made by the community, including accommodation, rehousing businesses, food parcels and volunteer workers sent north.

Mr Cull said the council's $250,000 fund had been created to cover cash offers or in-kind support using council resources, but was never intended to be spent quickly.

"If you recall, everyone was virtually in a state of shock at the devastation in Christchurch, so we put that there so that we didn't have to keep running back to council every time we wanted to give them anything, not knowing really what would be needed.

"As it's turned out, it's been largely resources and staff time and that kind of thing. I believe it was deliberately made open-ended so we could be flexible."

There were no plans to donate the remainder of the fund to Christchurch, which would be a decision for councillors, he said.

Mr Parker said the support of Dunedin City Council staff - like that from other councils - had allowed his council's exhausted staff to take much-needed breaks, "get some sleep and relieve a bit of the pressure".

"I think we're making incredible progress and we couldn't have done it, frankly, without local government assisting us."