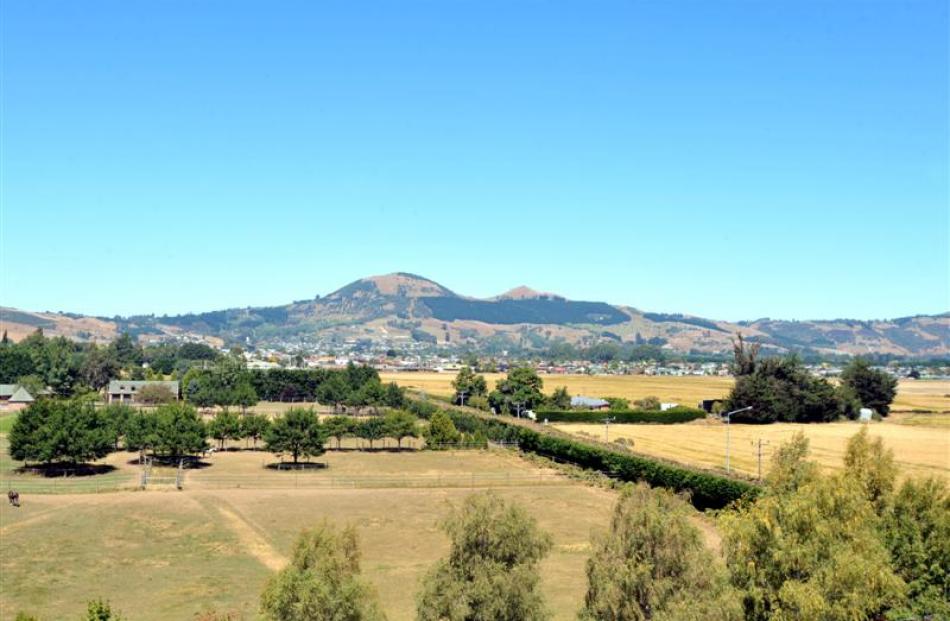 There are plans for further mediation around the issue of quarrying on Saddle Hill. Photo by Christin O'Connor.

The Dunedin City Council expects to carry out a second round of mediation over quarrying of the lower hump of Saddle Hill.

The mediation with quarry owner Saddle Views Estate Ltd comes amid concern from parts of the Taieri community over continued quarrying of the hill.

A petition to ''save'' the hill has attracted at least 2500 signatures since December.

The meeting came after the council decided not to appeal a High Court decision by Justice Christian Whata, overturning a Environment Court declaration that ruled there was no consent for quarrying in the area.

The decision allowed quarrying to continue, but Justice Whata called on both parties to reach a consensus over how much of the hill could be quarried.

Mr Noone said there were plans to hold a second meeting aimed at reaching a consensus, after the first allowed both sides to ''put their cards on the table''.

Given mediation was ongoing he was not prepared to express a view on how far apart the two parties were.

Asked if he was confident an agreement would be reached he said: ''As long as there is dialogue going, anything is possible.''

Dunedin South MP Clare Curran said the response to her petition calling for the council to seek a ''stop-work order'' to prevent the continued quarrying of Jaffray's Hill showed the strength of community feeling over the issue.

She would continue to raise the issue over the coming year and planned to get in touch with the Saddle Hill Community Board, she said.