The site of the new hospital. Demolition of buildings there will begin next year. PHOTO: STEPHEN JAQUIERY
About 70 members of the public had their concerns and queries about the Dunedin Hospital rebuild addressed at a forum in Dunedin last night.

Mr Hodgson, in answering questions, said it was too early in the project to make decisions on parking around the new hospital or whether there would be more green space.

"The current design is not yet at planning of car parks.

"We’re focusing on other matters such as the number of beds in the emergency department."

In response to a question about whether meals would still be delivered from Auckland, Mr Hodgson said a kitchen would be part of the rebuild but he did not know whether food would be made on site or continue to be delivered.

Demolition of the buildings on the new hospital site would begin next year, in the first week of March, he said. 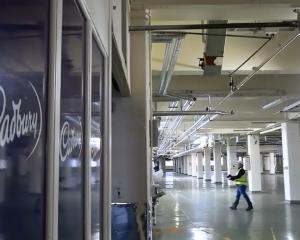