Quiet, takes off and cheap (+ videos) 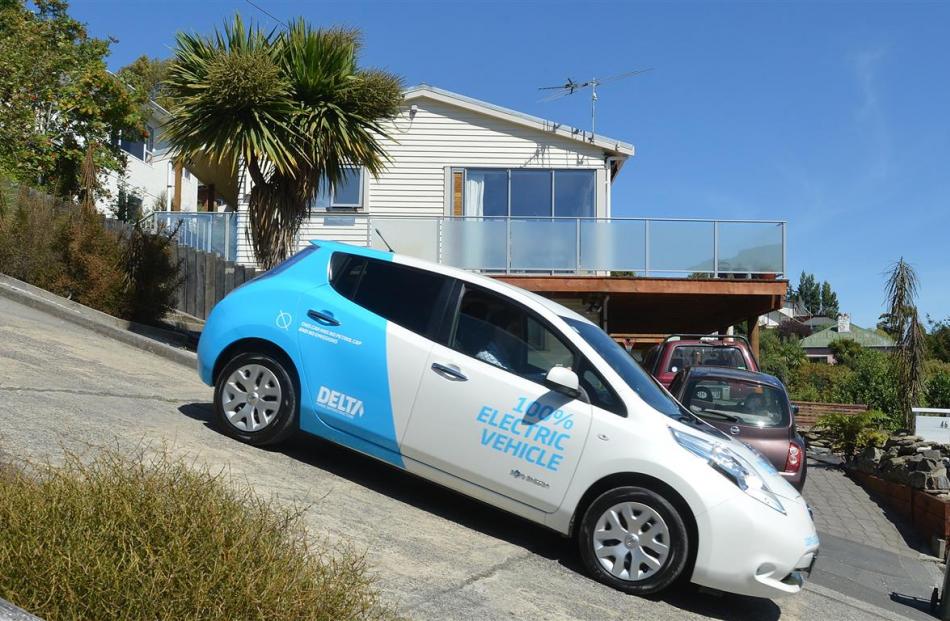 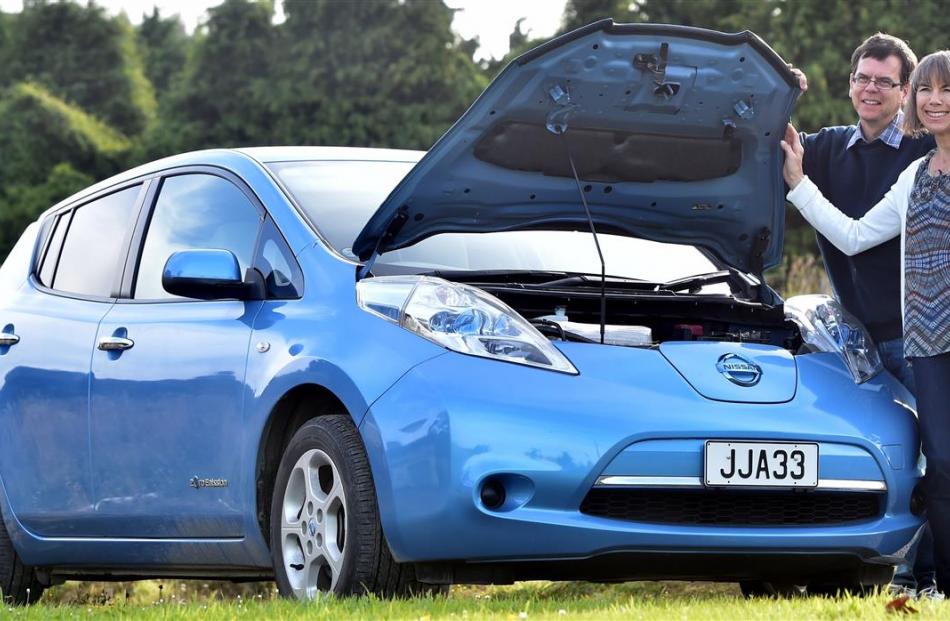 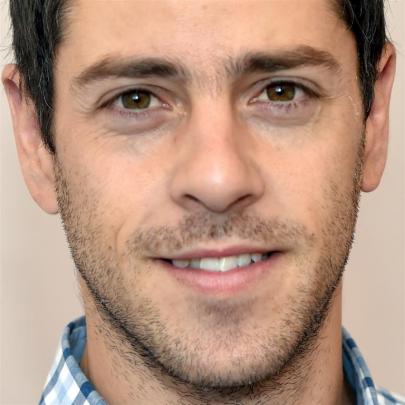 Electric vehicles are something of an unknown quantity for most people. How do they work, what do they cost, how far can they go? Reporter Damian George took one for a spin and discovered why electric cars were being widely talked about as the vehicle of the future.

There's something a little bit eerie about starting a car and hardly hearing a noise.

So as I pressed on the accelerator to take off on my first ride in an electric vehicle, I had to remind myself it was in fact working.

‘‘Because it's so quiet, they've engineered into the Nissan Leaf, and other electric vehicles, a low whine to just give pedestrians a signal there's a car in proximity,'' Delta marketing and communications manager Gary Johnson explained to me as we drove along Dunedin's lower Stuart St.

When the car goes faster than 30kmh, the whine turns off automatically.

They may be the cars of the future, but electric vehicles are very much in the minority. In fact, there are only 23 registered users in Otago, meaning I was very much the odd one out among the mass of petrol-powered vehicles as I tested the example of this rarer technology.

Driving an electric vehicle was like driving an automatic car, but easier.

My crash-course before taking to the road included pushing a button to turn the vehicle on, releasing the footbrake and putting the car into drive mode.

From there, I was off and racing.

One of the most noticeable features of the ride, aside from the smoothness, was the power behind the vehicle, and the ease in which it raced from zero to 50kmh.

Recharging the vehicle was as simple as plugging a charging plug from the front of the car into any power socket, although, as logic would suggest, the more powerful the socket, the quicker the charging was.

The Nissan Leaf had a range of about 135km, Mr Johnson said.

Charging a battery to 80% typically took about five to six hours from scratch using a household eight-amp plug, but took just 20 minutes at a high-power charging station, such as the one Delta installed recently in Filleul St, Mr Johnson said.

As someone not as technically savvy as you may imagine someone from my generation would be, I concluded that if even I could charge the vehicle without incident, anyone could.

But, how did it drive? Driving the Nissan leaf around the streets of Dunedin at 50kmh was one thing, but I wanted to see how the vehicle handled a real test.

The world's steepest street would put the strain on most cars, and this car was no different.

To its credit, though it struggled on the steepest incline and my foot was hard against the floor as I feared a dead stop, the Leaf powered away and found enough juice to make it to the top - three times.

As one of Dunedin's early converters, Alan Wilden, explained to me the following day, there were no problems with the vehicle's grunt.

‘‘This will beat V6s off at the lights, every time, and it scares them,'' Mr Wilden said as he prepared to take me for a spin.

‘‘It's probably equivalent to a 2.0-litre vehicle as far as its grunt goes, but it's better than that because all the torque's available throughout the rev range.

‘‘From zero RPM [revolutions per minute], you can put your foot flat and take off and there's no horrible noise to go with it, so the only one who's going to get the attention of the cops is the guy next to you.''

Mr Wilden's passion for the technology was evident as he took me and my cameraman for a spin.

‘‘The car actually coasts,'' he said.

‘‘I can go from the Bryant St intersection [with Kaikorai Valley Rd] to my office, which is opposite Coupland's [Bakeries, in Kaikorai Valley] and maintain 50kmh the whole way.‘‘

The ugly-looking headlights are designed to push the air up over the wing mirrors to reduce wind noise.

‘‘The aerodynamics of this thing are better than a Porsche 911.''

Mr Wilden said he bought an electric car for its economic benefits.

‘‘I pretty much bought it before I even saw it because I'd been researching these cars for over a year before I made the decision to buy one.

‘‘What really sold it for me was not so much the clean green image ... it's more the fact that it costs about three to four cents a kilometre to drive, [using] no oil.

‘‘I take it for a service and they rotate the tyres and they fill up the window washer fluid and that's about it.

He had also made his 15-amp plug at his business, Navcom Electronics, in Kaikorai Valley available to electric car users for a gold coin donation.

Dunedin couple Peter Davidson and Kirsten Coppell, another two of the first pioneers of the city's small but passionate electric car movement, thought regular drivers did not know what they were missing out on.

The couple bought its Nissan Leaf electric vehicle six months ago to set an example for other drivers that going carbon-free did not mean a return to the dark ages.

‘‘The main reason we got one was to demonstrate that you can have a modern standard of living and emit very low carbon emissions,'' Mr Davidson said.

‘‘Once you drive it, there's no turning back. All you have to do is drive the thing.''

The economic benefit of owning one was something many people were probably not aware of, Mr Davidson said.

Owning an electric vehicle required planning, which was perhaps putting some people off getting one, he said.

''Mr Davidson was ‘‘shocked'' more New Zealanders were not switching to electric cars.